The history of the airfield of Dishforth dates back to its opening in 1936. It was used as a training base for the 4th Group, Bomber Command before it was handed over to the RCAF who based the No. 6 (RCAF) Group RAF Bomber Command here. After the war, it was again used as a training base for training Dakota crews. Hereafter it was used as a satellite field for other RAF stations, especially the Jet Provost was a frequent user. In 1991 it was transferred to Army control, supporting work of the Catterick garrison and the Northumberland ranges. Nowadays, the 9 Regiment is based here with the Lynx AH7 and AH9, but it is also the training establishment of the North Yorkshire Police Force and the Clevelands Gliding Club.

The airfield has all its AAC hangars and buildings located in the southeast corner. The main runway is the north-south runway and on the western side it is located next to the A168.

Around The Airport
1
North side approach - 1

Continue Moor Lane until the end. Park your car here and when you walk up towards the A168, you will have a elevated view of the airfield, next to a good spot for afternoon southerly landings.

For the next spots you will have to travel back to the roundabout, or start there. Now take the second exit to the right, onto the A168. Notice that it is prohibited to park along the A168. Drive past the airfield where there are some blocked entrances onto the A1(M). take the second to the right and park here. You will have a proper view onto the runway and will be able to look onto the aprons. It is ideal for fixed wing aircraft, but also the helicopters often depart from the runway. Photography in the afternoon is possible.

Drive past spot 3 and now park at the next blocked entrance onto the A1(M). You will not be allowed to park the car along the A168. Position yourself at this elevated spot to have a good view of the aprons. You will also have a good vantage point for photography of all operations in the afternoon.

Continue along the A168 until the next crossing. Go east towards Norton Le Clay. Here, it is allowed to park the car along the road. Aircraft are fairly high here, as the runway threshold is still some distance away. Visitors will often be parked along the long taxiway leading to the hangars and will be visible from here. 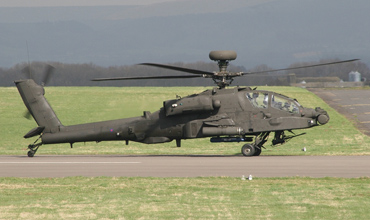 Good results of the otherwise drab Apaches can be obtained due to the close proximity to the runway. ( Spot 4, Steve Mills ) 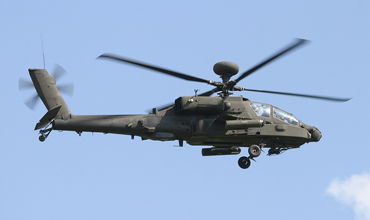 But landing shots can be possible with some sun for best results ( Spot 2, Ian Nightingale )
Frequencies
Based
Preserved
More Info
Links
Other Airfields
Send Updates!