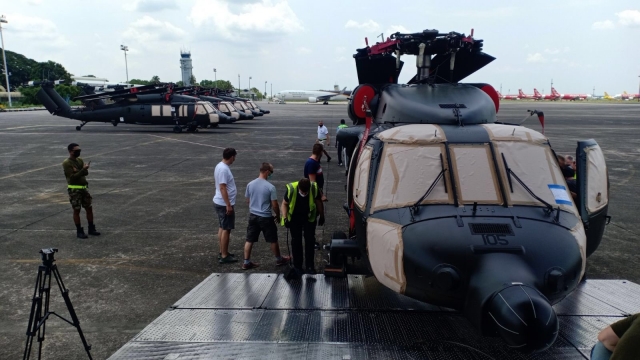 Second group of Black Hawks delivered to the Philippines

The Black Hawks, that are built by PZL Mielec in Poland, were transported by an Antonov Design Bureau An-124, registration RA-82027, to Clark Air Force Base.

In 2019, the PAF ordered sixteen Black Hawks in a government-to-government deal with Poland. On 4 February 2021, just two months after the first delivery, President Duterte had given the green light to start the acquisition for another fifteen Black Hawks for the air force. The definite order is believed to be signed in 2022, although the exact number might differ due to budget restraints. See the Scramble Magazine news item of 5 February 2021.

The Black Hawks will replace the UH-1s with the air force and will be operated by the 205th Tactical Helicopter Wing. Delivery of the remaining five Black Hawks is expected to be completed before the end of September 2021.