Israeli approval for purchase of US aircraft and arms

On 7 Februay 2021, an Israeli ministerial committee approved to set up a major arms deal with the United States in which the Heyl Ha’Avir (IAF, Israeli Air Force) will be supplied with numerous aircraft and helicopters. As written earlier in Scramble Magazine, November 2020, this arms deal bring the IAF  a step closer to the completion of its future plans.

The deal will allow the military to purchase F-15EX Strike Eagles and additional F-35I Adirs as well as heavy transport helicopters, refueling planes and other equipment, including interceptor missiles and advanced weaponery.

Among the proposals on the agenda, the most urgent one is actually for the acquisition of refueling planes that replace the aging KC707 "Re’em" tankers. The IAF requests to speed up the delivery of the new KC-46 Pegasus tankers, which are being manufactured these days by Boeing, but mainly for the US Air Force.

On the issue of new helicopters, the struggle continues between the new variant of Lockheed Martin/Sikorsky CH-53K King Stallion and the Boeing CH-47F/MH-47G Chinook. These possibly added with a certain number of Bell V-22 Ospreys. The IAF favorite is most probably the King Stallion, added with the tiltrotor.

The most intense discussion is taking place regarding the IAF's next two jet fighter squadrons in addition to the three F-35 squadrons (116, 117 and 140 squadron at Nevatim air base) that were already acquired. The big question remains which type will enforce these two new squadrons, the new F-15EX or the already (combat) proven F-35I.

It is known that the IAF shows particular interest in the F-15EX, which made its first flight 2 February 2021 (See Scramble News 3 February 2021) from St. Louis (MO). The new EX comes with a host of modern features, including Honeywell’s ADCP-II mission computer, the Eagle Passive/Active Warning and Survivability System electronic warfare system made by BAE Systems, the Raytheon Technologies’ AN/APG-82 radar, fly-by-wire flight controls, and a digital cockpit. And all this suits very well in the IAFs well-known and running infrastructure of the existing F-15I Ra'am squadron (69 squadron at Hatzerim air base).

The first flight of the F-15EX, which was successful, and gave the green light for the US Air Force to make the first order for the first seven planes. Accordingly, the IAF can start to receive in-depth details of the performance of the plane by a Request for Information as well as in reality by a demonstration. Scramble assesses that the F-15EX is favorite over the F-35 as the current three squadron F-35I force could "clear the way" to a heavily defended target by using stealth and smart weapons on enemy radars, jamming and air defense installations. After that first wave, F-15EX - that are able to carry a lot more ammunition compared to the F-35I - are able to use that free way to illuminate the targets.

The Israeli funding will come from the USD 3,8 billion of military aid that the United States gives to Israel each year, but as the payment will have to come up front, the deal will require major loans from American banks, which will cost the Israeli government hundreds of millions Shekels in interest.

The approval of this plan was a significant victory for Defense Minister Benny Gantz, whose ministry backed this option, as opposed to other proposals that involved only purchasing equipment that the government could afford without loans.

According to the Israeli new agency Channel12 News, Washington had set a deadline for Israel to approve the deal in the next two weeks or else they will lose its priority in the US manufacturer assembly lines, which could result in two-year deplays in upcoming contracts.

The Israeli Defense Force has stressed the importance of approving this funding and new orders so they can replace aging equipment (the oudated CH-53 Yassur transport helicopters are already fifty years old and becoming more and more dangerous to operate) and add new military hardware to its inventory to keep itsmilitary advantage in the region.

Of note, the aforementioed approvals is only one step toward the ultimate inking of contracts. One way or another, what is delaying at least some of the aircraft deals is certainly the upcoming election campaign. There is little chance that the prime minister will allow Defense Minister Benny Gantz to sign any prestigious agreements amid an election campaign, and vice versa.  The Defense Ministry maintains that the interest payments could be paid for from future American military aid, assuming Washington continues to provide it.

Detailed information on the Israeli Air Force Air Order of Battle can be found here. If you have information, please use the updates form at the bottom of the that AOB page. 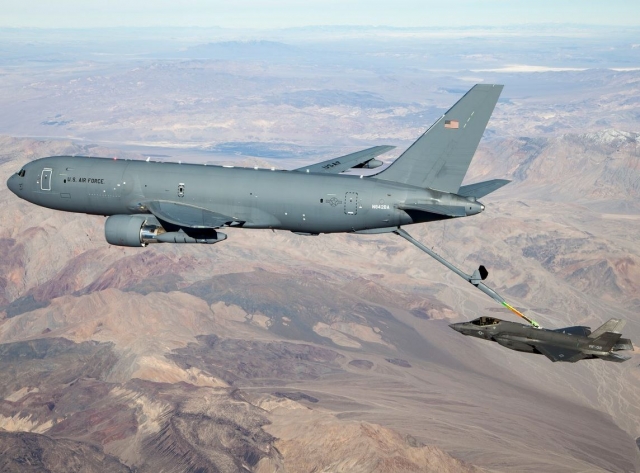 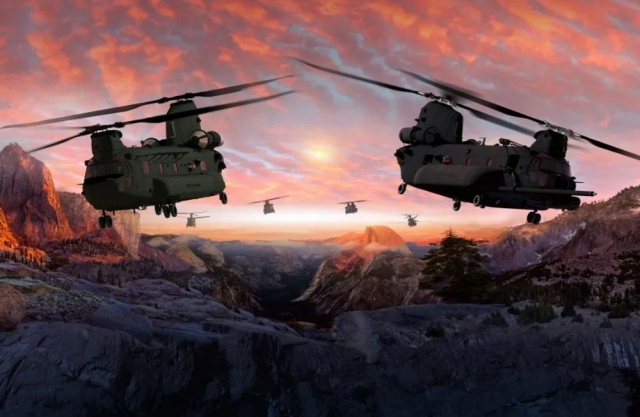 Photos and artist impressions by Boeing and USAF