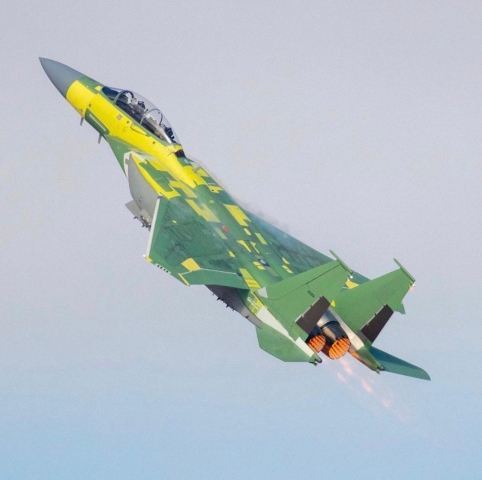 On 13 July 2020, the US Air Force gave Boeing a huge USD 1,2 billion award for the first eight Low Rate Initial Production (LRIP) F-15EX's. A clause has also been drawn up immediately which also set a not-to-exceed ceiling of USD 22,89 billion for up to 200 of Boeing's F-15EX fighters.

The fiscal year 2021 budget request includes twelve more aircraft and up to 72 airframes are planned over the next four years. Although the USAF’s minimum quantity has been set at 144 airplanes, Scramble Magazine assesses, assuming everything goes according to plan, the remaining 56 F-15EXs will likely be requested.

The USAF states the first six to eight F-15EXs will be fielded at Eglin AFB (FL) by 2023, to be used for developmental and operational testing. The Oregon ANG's 123rd Fighter Squadron, part of the recently redesignated 142nd Wing, based at Portland Air National Guard Base (OR), will be the first operational F-15EX unit in 2023.

On 21 August 2020, Scramble published a news item on the USAF F-15EX. Just recently, the US Government gave Boeing an official approval to start in-depth negotiations concerning a possible F-15EX sale to India on 28 February 2021.