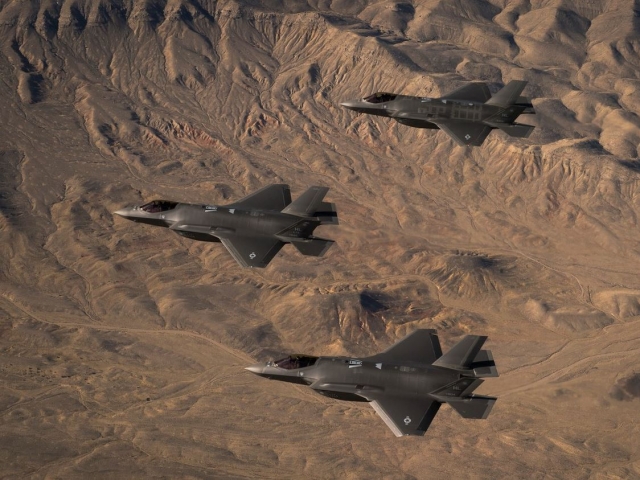 Only momentes before President Joseph Biden took office on 20 January 2021, the United Arab Emirates and the United States are said to have signed the contract for the purchase of fifty F-35As and eighteen MQ-9s. Of note, the contract still must be officially confirmed to the world.

The new president has said he will re-examine the deal as this is controversial as the UAE was only allowed to buy the Lightning IIs when they  agreed to normalize relations with Israel. The latter side-deal took place in August 2020.

It is reported that the agreement was signed about an hour before Biden took oath in front of the judges, US citizens and the world. The agreement will give the UAE the chance to accept the negotiated price (some USD 23 billion), schedule and configuration of the stealth fighters and umanned aerials systems.

Officials in the Pentagon revealed that the UAE already possessed the final proposal of Lockheed Martin and the Pentagon for more than a week. Initital proposals were submitted in December 2020, but details as delivery schedules, the costs, the access of the UAE to the advanced US steatlh technology and avionica packages, the training and contractor jobs in the UAE and the pilot training in the USA (like the United Arab Emirates Air Force (UAEAF) pilots once enjoyed F-16E/F Desert Falcon training from Tucson, AZ), extended the negotiations. It is said that UAEAF F-35A training in the States will commence from (logically) Luke AFB (AZ).

The first UAEAF Desert Lightnings (name not official, but we at the Scramble desk like it) are reported to be expected in-country by late-2027, early 2028. Lockheed Martin is able to speed-up their production lines and UAEAF pilots are expected to start training from Luke by mid-2025. First completed UAE aircraft will appear at Fort Worth in early 2027, with first deliveries to Luke in mid-2027.