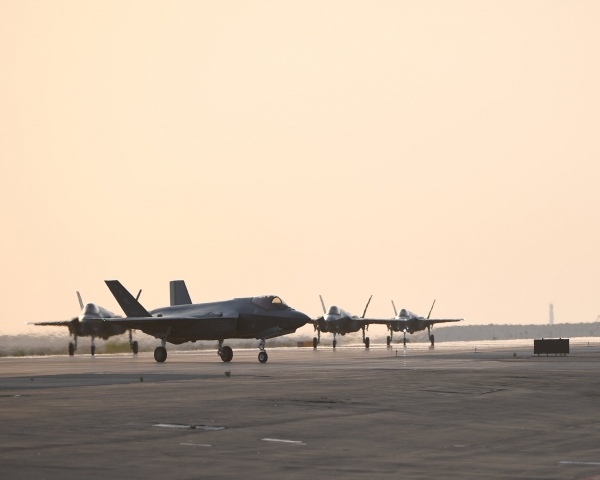 Only days after a normalization-of-diplomatic-ties agreement between Israel and the United Arab Emirates (UAE) was realized (with a little help from President Trump) it was announced on 19 August 2020 by that same President that the UAE is interested in the F-35 Lightning II.

The UAEAF has been interested in buying an undisclosed number of Lightning IIs since 2009. In 2010, the UAE even dropped an official Request for Information at the Pentagon about a possible purchase of the Lightning II. But the US declined the request. The negotiations with the UAE, as well as with some other Gulf States, failed for several (mainly political and strategic) reasons, possibly also due to influences by Israel. From that moment, the UAEAF had no other choice than upgrading its F-16E/F and Mirage 2000 fleets.

In 2017, a renewed F-35 acquisition discussion started between the US and the Emirates, but again, this stranded. In 2018, a UAE delegation visited Nevatim air base, home of the Israeli Lightning IIs, to get a view at operations. Also, in 2019 the US Air Force first deployed F-35As to the Middle-East, chosing al Dhafra (UAE) as the deployment location. Of course, this gave the UAEAF ample chance to get a closer look at the stealthy aicraft.

Trump now says: "The UAE like to buy quite a few F-35s, we’ll see what happens, it’s under review”.