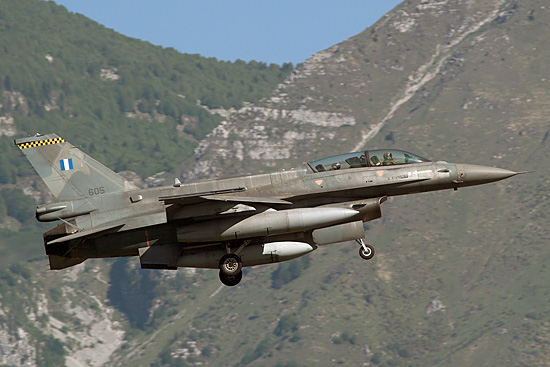 An amazing aircraft, the Block 52 F-16D, landing at at airbase with amazing photography, Aviano in Italy. This 340 Mira example is a long way from home with his homebase being Souda at the island of Crete. 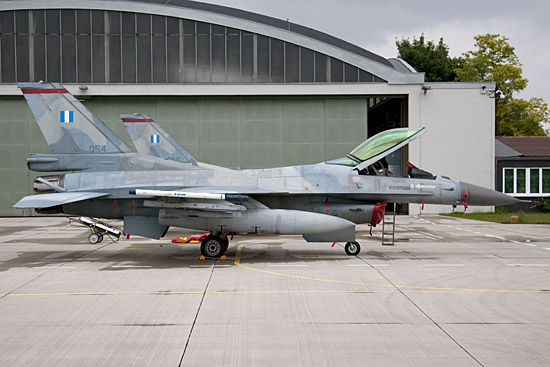 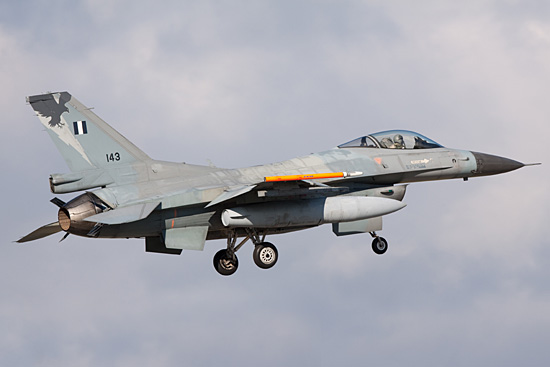 Fortunately suqdron markings are getting more and more common on HAF fighter aircraft. Here 330 Mira, based at "Nea" shows the Keravnos (Thunderbolt) on this Block 30 F-16C. 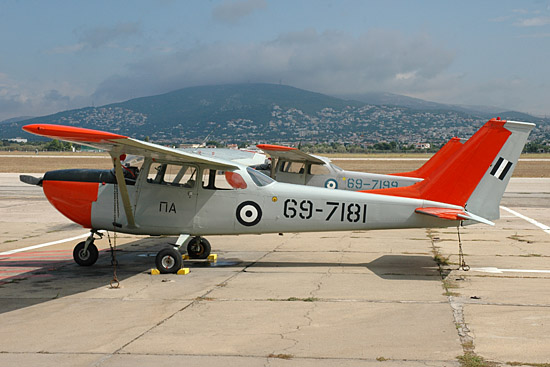 The primary trainer of choice for many countries in the late sixties was the T-41 Mescalero. Nineteen of twenty-one are still operational with 360 MEA at Tatoi but are being replaced by the Tecnam P2002. 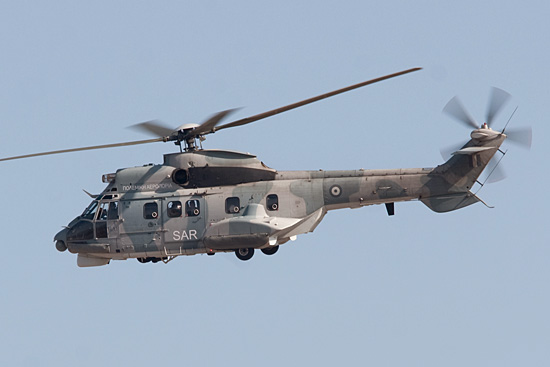 384 MED (Mira Erevnas Diasosis - Search and Rescue Squadron) operates in the military role but have been operating in civilian casualty extraction roles also. 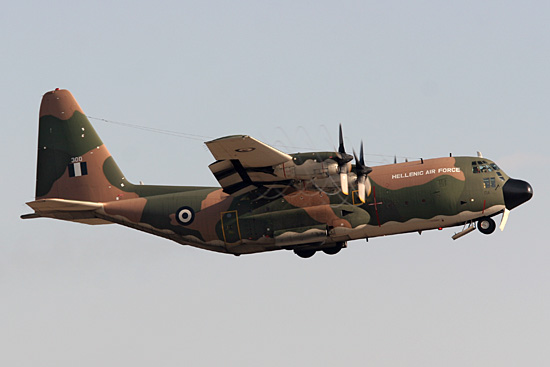 Elefsis is home to the transport fleet of the HAF that was bolstered by the arrival of the Alenia C-27J Spartan. Despite the delivery of these agile tactical transportes, the C-130B and C-130H Hercules is still going strong for the years to come

M.MEA/F = Moira Mi Epandromenon Aeroskafon = UAV Squadron. The unit was established in 2003, using the Pegasus I. It transitioned to the Pegasus II since.
The unit moved from 113 SM at Preveza/Aktion, Lefkas to 110 PM, Larissa by late 2017 and will lease IAI Heron MALE UAVs from 2018 onwards. 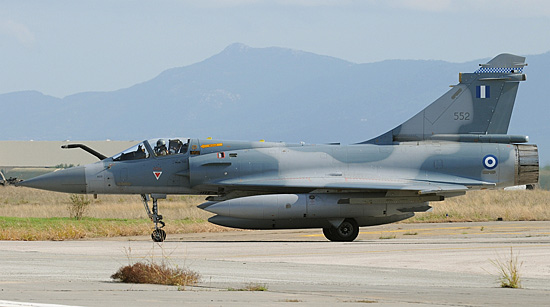 331 Mira is the lucky receiver of the most modern version of the Mirage in HAF service: the Mirage 2000-5. The HAF now operates a mix of ten locally upgraded and fifteen newly delivered Mirage 2000-5EG/BG fighters.