Brief history
After gaining independence in 1962 the first aircraft were bought from Russia, Egypt and the USA. Mostly Russian built fighters were used over the years until now. With the retirement of the MiG-21 in 2003, the backbone of the Algerian Air Force is formed by the MiG-29 and Su-27. Over the last few years the Algerian Air Force has been upgrading its inventory by acquiring new built Be1900s and Mi-171s, and upgrading existing Su-24s, MiG-25s and Mi-24s.

The Algerian Air Forced (al-Quwwat al-Jawwiya al-Jaza'iriya) use a Wing/Squadron structure (Escadre/Escadron) and uses over fifteen airfields. The serials-system changed somewhere in the eighties from a presentation with only digits (e.g. 385) to a system with letters and digits (e.g. NL-36). The first letter in the serial seems to be the role/basic type annotation (F for fighters, S for helicopters etc). The second letter is used for the specific type (FC for MiG-29S, FB for the MiG-29UB etc). The digits in the serials are not always in sequential order and double digits are common. For instance, known serials for the L-39ZA are NL-11, NL22, NL-44, NL-55, NL-88, NL-99. Aircraft that are likely to fly abroad use civil registrations in the 7T-Vxx and 7T-Wxx range, in the earlier days sometimes combined with the old three-digit serial (like An-12 7T-WAA/560). As for unit-designations: the last digit of the squadrons always denotes the Wing number.

28 Su-30MKA were delivered by the end of 2009, with another option for sixteen aircraft (replacing the refused 34 MiG-29SMT). In 2011/2012 the Air Force received the YAK-130 as advanged trainer aircraft. The transport fleet is being modernized with the purchase of six C295 and an unknown number of Mi-171. In 2010, Algeria and Agusta Westland signed a major deal for the delivery of over 100 helicopters to Algeria. The deal includes AW109s (Gendarmerie and Police Nationale), Merlins (Navy and VIP), Lynx Mk.130 (Navy), AW139 (Sécurité Civile and SAR), Sokol W-3 (Air Force) and AW119s (Air Force). 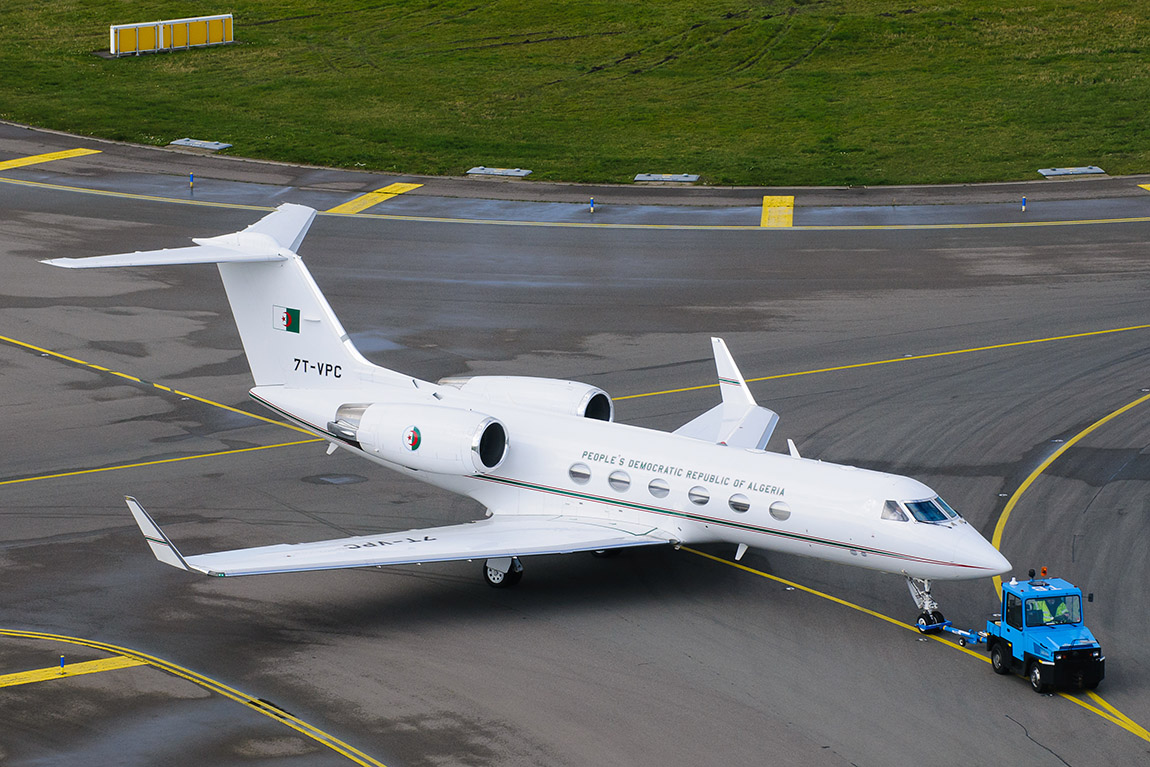 Future
In 2011, Algeria has been announced as being the first export customer for the Mi-28N (dubbed Mi-28NE for export). It is expected that first deliveries, of an unknown number if helicopters, will commence in 2014. In 2013 the Air Force tested also the C-17 and Airbus 330

Brief history
The Algerian navy has gradually been gaining helicopters since 2009 with the arrival of Lynxes, Super Lynxes, AW101s and AW139s. Currently, the fleet is dispersed between Annaba and Blida.

Brief history
Also part of the security forces is the regular police. Although less numerous, they operate some helicopters as well.

Brief history
Last branch of the security forces detailed in our orbats, is the Sécurité Civile. They use the AW139 for SAR missions.