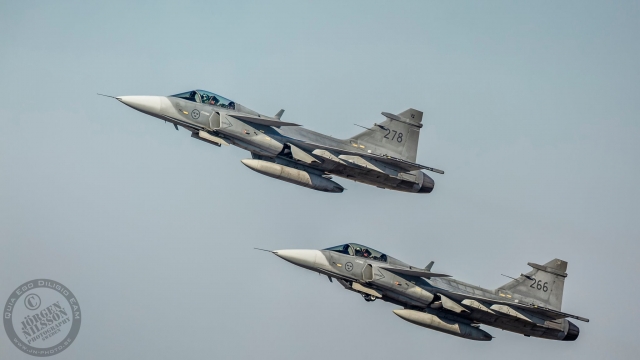 On 15 December 2020, the Swedish parliament (Riksdag) gave the green light. Work can start at Uppsala air base and it is expected the new wing will be established in 2022 and become fully operational in 2025. Scramble Magazine assesses that the air wing will control two squadrons.

In our news item of 18 October 2020 on the Swedish Defence budget, we already mentioned the re-establishment of the fighter wing at Uppsala. The defence bill proposed that the current force structure of six combat aircraft squadrons will be maintained through the 2021-25 period. Four squadrons (divisioner) will convert to the Saab JAS39E Gripen, while two squadrons will retain the JAS39C/D Gripen. It has not been determined yet with what type of aircraft F16 Upplands Flygflottilj will be equipped, but this might be the JAS39C/D Gripen.