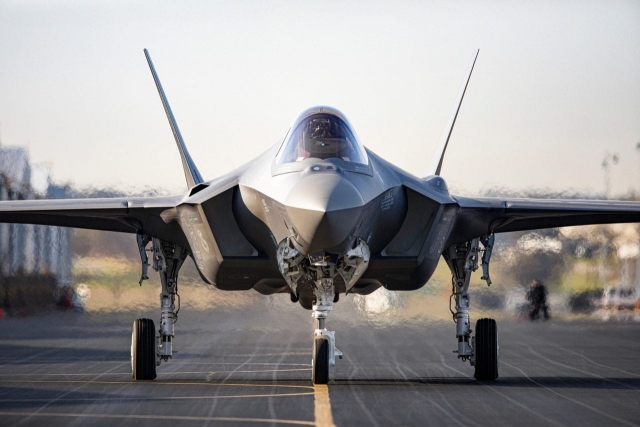 The Spanish government officially filed a Request for Information (RFI) for fifty Lockheed Martin Lightning IIs. The request is for 25 conventional take-off and landing (CTOL) F-35As for the Ejército del Aire (EdA, Spanish Air Force) and 25 short take-off and vertical-landing (STOVL) F-35Bs for the Armada (Spanish Navy). The first deliveries are expected in 2027.

Whilst the F-35Bs will replace the EAV-8B Matadors with Eslla 009 at Rota, the F-35As are reported to replace the F-18 Hornet. The Harriers, currently eleven in the active inventory, are scheduled to be withdrawn from use from 2028.

It has not been reported which EF-18M/BM unit will be replaced with the F-35A Lightning II. Ala 12 at Torrejón AB and Ala 15 at Zaragoza AB both operate the EF-18M/BM Hornet, of which 64 are still operational. The F/A-18A+ Hornets of 462 Escuadrón at Gando AB (Gran Canaria) are due to be replaced by new Eurofighters. The unit has 19 Hornets in their active inventory.

Scramble Magazine wrote on 21 October 2020 on the latest Spanish Defence initiatives. Within this initiative, the EdA is considering a mix of the Eurofighter LTE (Long Term Evolution, the latest version) and a new fifth-generation fighter. Likely candidates for the second fighter were the F/A-18E/F Super Hornet and the Lockheed F-35 Lightning II. Selection of the F-35 was noted as interesting in view of the future replacement of the EAV-8B Matadors of the Armada.