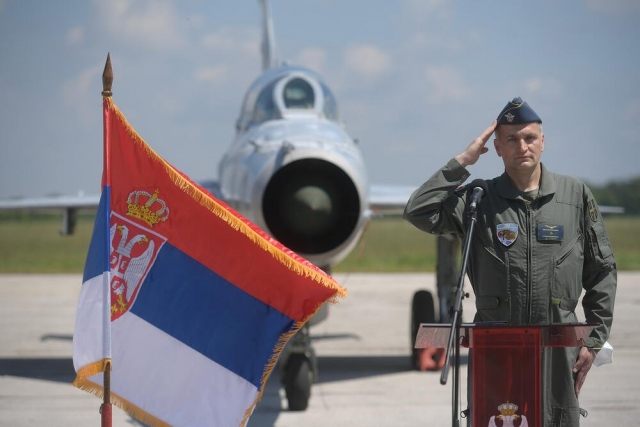 21 May 2021 has become the sad but official day of the retirement of the Mikoyan MiG-21 within the Vazduhoplovstvo i protivvazdušna odbrana (V i PVO, Serbian Air Force and Air Defence).

During a ceremony at Batajnica air base, the air force said goodbye to its last remaining MiG-21UM, closing a long history of 58+ years Fishbed operations over Yugoslavia. The fist batch of MiG-21F-13 fighter aircraft arrived in September 1962 in Yugoslavia, followed more modern variants over the years. The Serbian MoD released a video of this ceremony.

In total Yugoslavia operated 261 MiG-21s. As known, Yugoslavia and later Serbia have their own system of aircraft designation:

By 2020 only three MiG-21UM two-seaters remained in the 101.lae (101 Fighter Aviation Squadron) inventory with only one MiG-21UM airworthy. This last airworthy MiG-21UM crashed on 25 September 2020. Reactivation of the other two, one used for spare parts and one not airworthy, was considered, but as expected never occurred...

The role of the MiG-21 was taken over by the MiG-29s. On 17 April and 17 May 2021 four MiG-29s (9-13) donated by Belarus were delivered by An-124 to Batajnica air base. The last couple left Belarus on 16 May, but the An-124 first made an unscheduled stop at Budapest. The Serbian Air Force now has a total of fourteen MiG-29s on strength. See the Scramble Magazine news report of 19 April 2021 on this latest delivery.