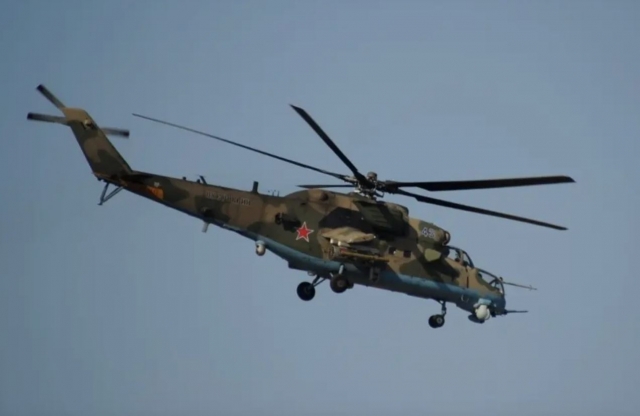 On 28 February 2021. a Russian Mi-35 crashed near the town of Tel Tamr in northern Syria’s Hasakah Governorate. Conflicting reports can be found in which is said that one pilot was killed and three others crew members were injured while other reports say that all four crew are safe.

A spokesman of the Russian Foreign Ministry said that the attack helicopter has made an emergency landing while patrolling the sky over the Al-Hasakah Governorate. The ministry clarified that the Mi-35 had not come under enemy fire, but was forced to land due to technical issues.

The Special Purpose Aviation Brigade (SPAB) of Russia which is based at Khmeimim air base near Latakia in western Syria has its helicopters forward deployed to locations as al Qamishly in the far north eastern part of Syria and along Forward Operating Bases like airstripes along the M4, a main highway that roughly runs just south of the Turkish border, from Aleppo further east into the Iraqi border.

The SPAB often patrols the route with its helicopters (mid-February this consisted out of six Mi-8/-17 variants as well as four Mi-35s, see Scramble News 9 February 2021). The patrols often lead to Close Air Support sorties for Russian troops and convoys driving the M4, and during joint operations with Turkey in the war-torn country.

Photo by Russian MoD (Mi-35 taking of from Khmeimim)