A ten minute read about how it is that Russia's 929 State Flight Test Centre has become valuable again. Scramble exclusive!

The 929 GLITs is named after 1930s test pilot and Hero of the Soviet Union Valery Chkalov and is located near Vladimirovka, north of Akhtubinsk in the Astrakhan region (Russia). The Test Centre had to come a long way since the collapse of the Soviet Union and it has clearly emerged from the doldrums for a number of years. Even the Russian president, Vladimir Putin, paid the centre a high profile visit on 14 May 2019. On that day, Putin's Ilyushin Il-96 presidential aircraft was escorted by six Su-57 fighters, flown by 929 GLITs test pilots, while approaching Akhtubinsk airfield.

How did Akhtubinsk's 929 GLITs became so important?

When you think of testing and evaluating military aircraft in the Russian Federation, you think of Moscow-Zhukovsky, Lipetsk Jejsk and Saki. Aircraft are still being tested and evaluated at and from these airfields. Partly responsible for testing aerodynamics, jet engines and minor changes to aircraft, the famous Gromov Flight Research Institute and the Fedotov Test Pilot School are located at Zhukovsky near the outskirts of Moscow. Positioned at Lipetsk Air Base in the eponymous region, operational testing of aircraft is carried out by the 4th Centre for Combat Employment and Retraining of Russian Aerospace Forces (VKS) Personnel. For Russia's navy equivalent, the Naval Aviation Combat Training and Conversion Centre is located near the town of Jejsk in the Krasnodar Region and partly at Saki on the Crimea peninsula annexed by Russia.

Nowadays, 929 GLITs at Akhtubinsk is none of the beforementioned. Its all about new domestic developed weapons testing, evaluating and integrating them with aircraft and helicopters. Akhtubinsk is often mentioned in the same breath as American test centres such as Edwards AFB, Naval Air Weapons Station China Lake, UK's Boscombe Down and the French Istres-Le Tube test centres. 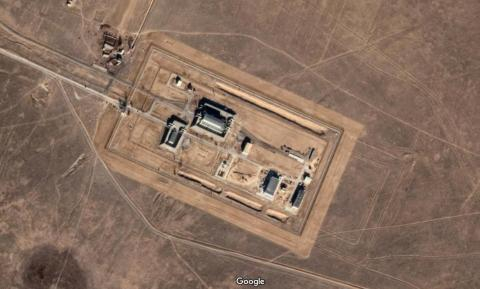 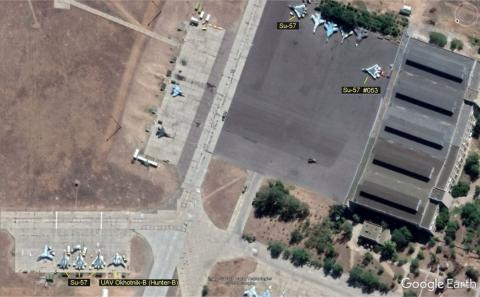 Facilitating Russia's air, sea and ground joint forces, Akhtubinsk is located about twenty kilometers from the border with Kazakhstan. 929 GLITs has its own inventory of jets, transport aircraft and chase planes. Sometimes being singular attached to the test centre, like the Test Centre's Antonov An-12 or Tupolev Tu-134, all have their use. In Akhtubinsk, the average percentage of the sky covered by clouds experiences extreme seasonal variation over the course of the year. The clearer part of the year in Akhtubinsk begins around the beginning of May and lasts for more than five months, ending around mid-October. During that period multiple new Russian aircraft, weapons and equipment are tested and evaluated with Russia's joint State Flight Test Centre. Also, the new cadre of pilots, who in principle come from Russian operational units, are also educated and trained here as test pilots on various aircraft and/or helicopters. 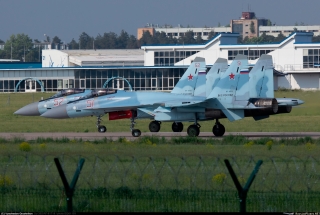 It is no secret that 929 GLITs has a convinient outpost at Khmeimim Air Base (Syria). Located south-east of the city of Latakia, Khmeimim is co-located with Bassel Al-Assad International Airport. Since the end of 2015, 929 GLITs is heavily involved in testing new models of aviation equipment and weapons, as well as research on expanding the combat capabilities of existing serial built aircraft and helicopters from Syrian soil. For now, multiple aircraft and helicopters, including weapons and equipment, have been tested in, above and near Syria under auspices of 929 GLITs.

Most notable were the deployments of the Sukhoi Su-57 pre-series aircraft. Scramble Magazine has recognised that the Su-57s Bort number 509 Blue and Bort number 510 Blue have made multiple very short voyages from Russia to be deployed to and over Syria during the past few years. Compared to other aircraft, such as the Sukhoi Su-30SM and the Sukhoi Su-35S, which certainly have flown various (test) missions over Syria, Scramble Magazine assesses that the temporary stationing of the Su-57 has more to do with Russia's internal and external publicity consumption. 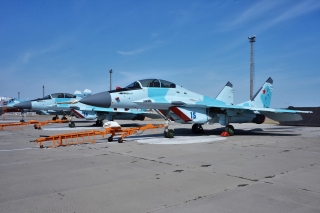 On 21 September 2020, 929 GLITs celebrated their centenary since the establishment of the test centre in 1920. In 2020, the centre received six serial built MiG-35s (see Scramble News from 20 August 2020). Also, on 25 December 2020, 929 GLITs received the first serial built Su-57 with Bort number 01 Blue (see Scramble News from 28 December 2020). This is also the first Su-57 with the 929 GLITs marking on the fuselage behind the cockpit. Reportedly, this FELON - as it is named in the NATO reporting system - will be used to test hypersonic air-launched weapons at Akhtubinsk. And lastly, on 29 December 2020, The highest general of the Russian military, General of the Army Sergey Shoygu, presented the Order of Suvorov to the 929th GLITs by putting a streamer on their banner. General Shoygu pointed to the effectiveness of flight and ground tests of aviation equipment that was carried out by 929 GLITs during the past years. The Order of Suvorov is a military decoration of high standing within the Russian Federation named in honour of 18th century Russian Field Marshal Count Alexander Suvorov. 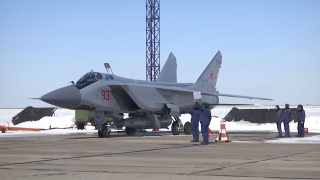 Besides the effectiveness of various tests by aircraft, weapons and equipment, 929 GLITs owes the rising of its name to one man in recent years. As commander of 929 GLITs, Major General Radik Bariev is probably one of the most prominent figures both before and behind the scenes of the test centre. Under his inspiring leadership, the Mikoyan Gurevich MiG-31 has been revived. In recent years, the MiG-31K at Akhtubinsk has been thoroughly tested for carrying a Kinzhal (Dagger) Air-Launched Ballistic Missile (ALBM). Being a new strategic Russian weapon system, the combination of a MiG-31K and a Kinzhal, which reportedly reaches more than 2,000 kilometers, will be a stimulus for Russia's deterrence. Although not tested yet in Syria, the first launch of a Kinzhal missile took place mid-November 2019 in and over the Arctic. Reportedly, the launch was carried out by a MiG-31K from Olenya Air Base. It was stated that the Kinzhal missile hit a ground target at the "Pemboy" test ranges, reaching the speed of Mach 10 (!). About ten MiG-31Ks, sighted with the Bort numbers in the 91-99 Red range are now based at Akhtubinsk.

Analysing recent Google Earth imagery reveals some interesting facts. At various hangars, more MiG-31s appear to be waiting to be converted to carry the Kinzhal under its centre line. Also, new built bunker complexes on the vast area north of Akhtubinsk's runways can be seen surrounded by double fences. One can only wonder what is happening at the complexes behind those double fences.

More prestigious and interesting aircraft under the care of 929 GLITs 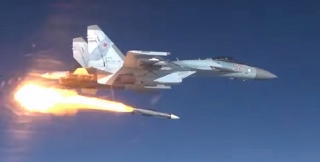 With all the major weapons and engineering companies of the Russia's Military-Industrial Complex located in Akhtubinsk, it is easy to rebuild or assemble weapon systems into one. The things that have been learned, in Syria for example, can be reviewed or adjusted on spot. Once intended to succeed the Sukhoi Su-24, most Sukhoi Su-34s have now been delivered to the VKS. With the Su-34M now on the horizon, 929 GLITs is currently preparing to make the weapons, equipment and electronic warfare upgrades for the Su-34M run smoothly. In collaboration with various companies, the centre has also converted Russia's Su-35S into the SU-35SM. Scramble Magazine has learned from various footages that their are two examples that already gained upgrades to fire a Vympel R-37M long range air-to-air missile. Both 929 GLITs Su-35SMs with Bort number  51 Red (RF-81718), which has seventeen Syria (test) mission marks and Bort number 52 Red (RF-81719), which is adorned with fifteen Syria (test) mission marks were prominently seen during the 2019 International Aviation and Space Show (MAKS) at Zhukovsky.

Akhtubinsk is also the home of the first flying Okhotnik. The Sukhoi Okhotnik (Hunter) Russian stealthish like Unmanned Combat Aerial Vehicle (UCAV) is being developed by Sukhoi and Russian Aircraft Corporation (MiG). On 3 August 2019, the first Okhotnik, with Bort number 071 Red performed its maiden flight. The UCAV flew for about 20-30 minutes at an altitude of 600 meters above the Chkalov State Flight Test Centre grounds. On later released footage by the Russian Ministry of Defence, the Okhotnik flew alongside a Su-57. On 12 February 2021, it was announced by a source within Russia's Military-Industrial Complex that three additional prototypes were under construction at the The Novosibirsk Chkalov Aviation Plant. The second Okhotnik model will be a modified copy of the first prototype while the third and fourth protypes will be identical to the serial production unit. The improvements will relate to the systems of onboard radio-electronic equipment and structural elements of the airframe. The three additional prototypes should be ready for flight tests in 2022 and 2023 and will undoubtedly show up on Akhtubinsk.

The growth of new test pilots 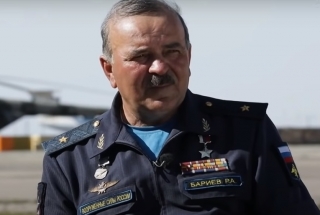 While the flamboyant Major General Radik Bariev has been in the saddle of 929 GLITs for over a decade, the unit is at risk of running out of test pilots. Like Bariev, the recent years saw multiple test pilots receiving the "Hero of Russia" title. For their work as test pilots for 929 GLITs Colonels Igor Malikov and Viktor Romanov also gained their Hero of Russia titles. There are promising young test pilots like Majors Sorokin (Su-57) and Gordienko (MiG-31) with 929 GLITs, but the unit is faced with a situation where military pilots do not want to go to test units. This, since the pilot's workload has seriously increased due to the upgrading of existing aircraft and actively testing of new equipment abroad. At the same time, Russia's test pilots at Akhtubinsk have less benefits compared to pilots in Russia's conventional air regiments or the pilots that test aircraft and helicopters for civilian research institutes or United Aircraft Corporation. Something is now being done about the latter. 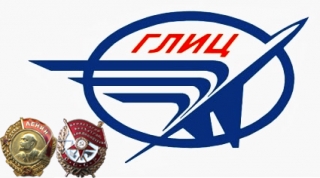 In the long term, the ranks of test pilots will probably be increased, whereby the pay will also go up. It is then expected that a test pilot is at least a major and has enough service experience. With the ranks going up it will be much easier for a Lieutenant Colonel or Colonel to talk to the chief designer of an aircraft, or weapon systems, than it is for a major.

With more new Su-57s and Okhotniks on the way, jets like the Su-30SM being further developed and multiple weapon systems to be upgraded, Russia's Akhtubinsk State Flight Test Centre is surely on the rise. 929 GLITs will keep its outpost in Syria. Operational testing in and over Syria of the Kinzhal or MiG-35 next? By the time pilots like the above mentioned Sorokin or Gordienko will become commander of Akhtubinsk's State Flight Test Centre it will probably look more different in terms of aircraft and technological state of affairs than it is today.

Photos: Russian MoD, Zvezda, RT and Sputnik plus as stated with the photo