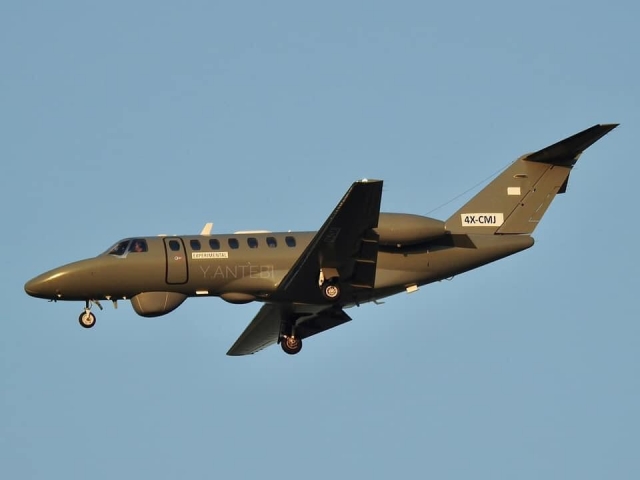 In addition to our news item of 25 February 2021 on the first Nigerian Air Force (NAF) Cessna Citation CJ3, the aircraft was photographed during one of its test flights. It is not known when this photo was made, but this could have been in March 2021.

Clearly visible is the Israeli test registration 4X-CMJ. According to our database, this Cessna 525B Citation CJ3 has construction number 525B-0349 and is ex D-CJET from Air Hamburg Private Jets. Its future Nigerian Air Force serial is not known yet.

Nigeria has acquired two Citation CJ3s and both will be operated by the 107th Air Maritime Group at Benin.

UPDATE: the second Citation CJ3 has been noted with test registration 4X-CML (c/n 525B-0203). It was previously registered as N328RC with the Bank of Utah.