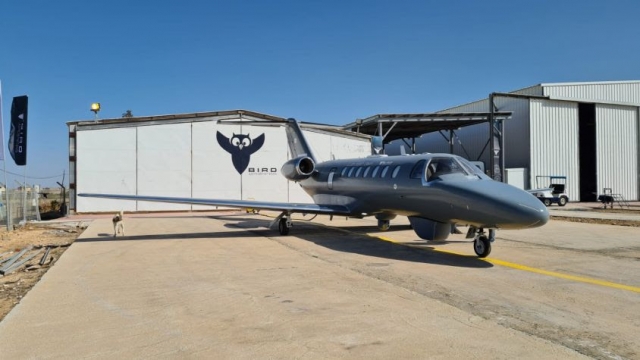 Just recently, a modified Cessna Citation CJ3 was noted with Bird Aerosystems in southern Israel. The aircraft, modified with maritime surveillance equipment was painted all grey. Scramble Magazine has knowledge that the customer is the Nigerian Maritime Administration and Safety Agency (NIMASA) and that two Citation CJ3s have been acquired.

When delivered to Nigeria, the Citations will be operated by the 107th Air Maritime Group (Nigerian Air Force) at Benin. This unit also operates the ATR42-500MP maritime patrol aircraft.

In an interview with Janes, Shaul Mazor, Bird's vice-president for marketing and business development, said that the company is currently simulating full-mission scenarios to test the aircraft’s onboard systems. In the meantime, the aircraft have also undergone civilian flight certification by Israel’s Civil Aviation Authority, a process that was conducted over Zoom for the first time. However, he was not able to say anything on the customer.