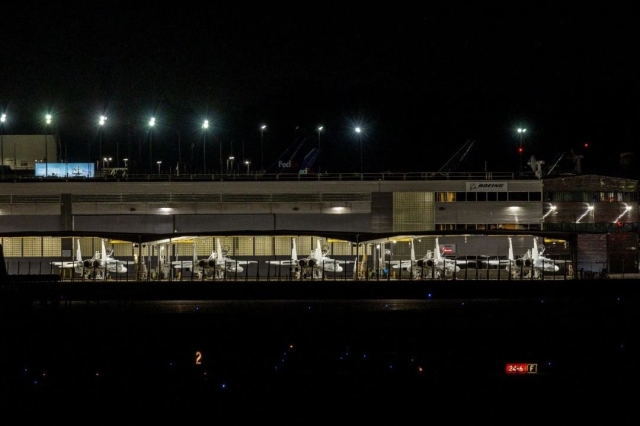 The plan was the four would meet up with Gold11, a USAF KC-10A Extender, on the way to RAF Lakenheath (United Kingdom). It looks like the Extender developed technical problems however and the fourship landed at Bangor International Airport (ME) for an unplanned fuel stop.

After topping up the fuel tanks, including the two external tanks, the flight was to depart for Lakenheath, with an estimated arrival time in the evening of 27 October. Bad weather or the stricken KC-10A in Bangor prevented the Eagles to depart in the end. 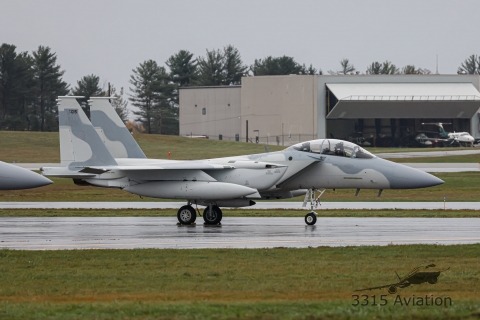 The first QEAF F-15QA, serial 17-0001, made its first flight on 14 April 2020. The F-15QAs are part of a 2017 Foreign Military Sales (FMS) programme, worth some USD 12 billion, and involves 36 so called Qatar Advanced Eagles, along with associated equipment and support services.

The F-15QAs will replace the air force's Mirage 2000-5 fleet and the country took an option in the aforementioned contract for another 36 airframes. They will be referred to as 'Ababil'. Ababil squadron will likely be the designation of the unit that will operate the F-15QA, in line with Al Adiyat squadron for the QEAF Rafale DQ/EQ.

Scramble Magazine assesses the first F-15QA squadron will be based at the old Doha International Airport (OTBD/DIA). Previous reports on the F-15QA can be seen here: Naming of the F-15QA and Crew training F-15QA