Nice piccies, especially when one considers they were made in the dark...

Did/do you need to have a "toeschouwerskaartje" for photos like these or not?

For the 1st one yes, but that wasn't such a success.

Arrived at the Corendon Hotel around 21:00.
Had to wait inside for the show to start until 22:45 (live stream on a few large screens).
No seating arrangements.

Finally once the BFB was en-route we were taken to buses to a spot in-between the Tweeduizend El and Sloterweg.
Arrived there around 23:30.
Waited until 01:00 until the aircraft was visible from there.
Took the first shot and left, as it took forever for the aircraft to move towards the Sloterweg.

So went back to the car and took the 2nd shot from the Hoofdvaart (Polderbaan side, other side was closed).
After that I went home to sleep.

The a/c did move very close to the spot Corendon arranged for the spectators later, but there was not much light there so I am happy that I did what I did to get these pictures.
In retrospect: I should have moved outside the fences with the transport (P3, the bridge across the A4, other side of the Hoofdvaart) for pictures. Better than all that waiting.

Other info:
You can park for free without Corendon Ticket at P4 (they only check when you enter the bus).
There you receive a wristband.
Inside the hotel a ticket for the bus was issued, and checked if you have one when boarding the bus.
At the Corendon spectators site you were again checked for your wristband.

For coming friday I expect a similar setup and they will most likely place the spectators on the bridge across the A9 (Sloterweg).
Not sure if you can enter the Sloterweg walking, as traffic people are at the intersection of Sloterweg & Schipholweg and the roads remain closed. Not sure if this applies to pedestrians and cyclists.
My Travels across the globe - Mijn reizen over de wereld
Pictures I am proud of - Foto's waar ik trots op ben
Top 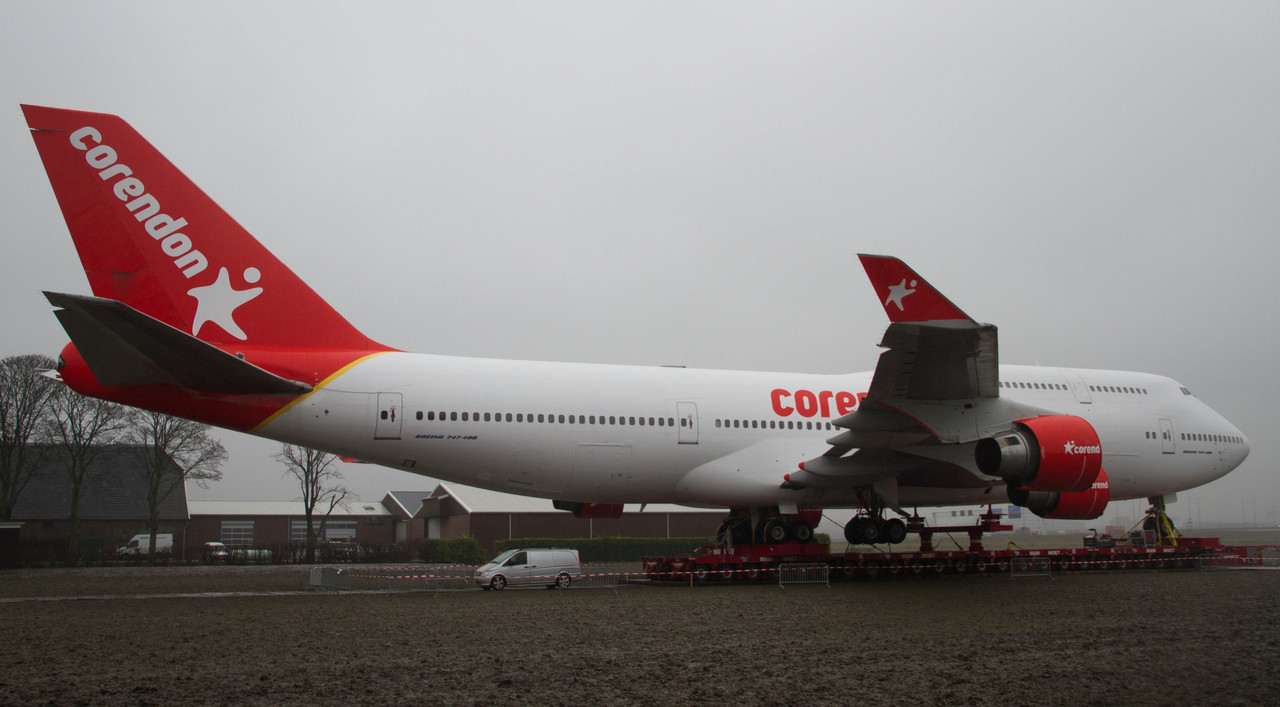 The Corendon 747 can be walked up to really nicely from the Sloterweg. There is even a special photography location made.
From the A9 and A4 you can also nicely see the aircraft. An impression:

Did you walk all around or slow driveby on the A9? I think the first.

Did you walk all around or slow driveby on the A9? I think the first.

The latter, I had someone drive me while I was clicking pictures from the car. While driving from the A9 to the A4.
My Travels across the globe - Mijn reizen over de wereld
Pictures I am proud of - Foto's waar ik trots op ben
Top

Some more from today:

Now to get ready to get wet tonight from the bridge across the A9.
I look forward to the challenge... dark... moving object... wind/rain. I'm going for it.

What an epic night!

Lastnight I couldn't make it. Today afternoon I walked around the aircraft. A short impression below.
More? https://arnoud.raeven.nl/portfolio/luch ... ssion-747/

In October the doors of the plane will be opened for the public.
My Travels across the globe - Mijn reizen over de wereld
Pictures I am proud of - Foto's waar ik trots op ben
Top
Post Reply
13 posts • Page 1 of 1