Article by Gert Jan Mentink, all photos taken by the author on 11 September 2021. 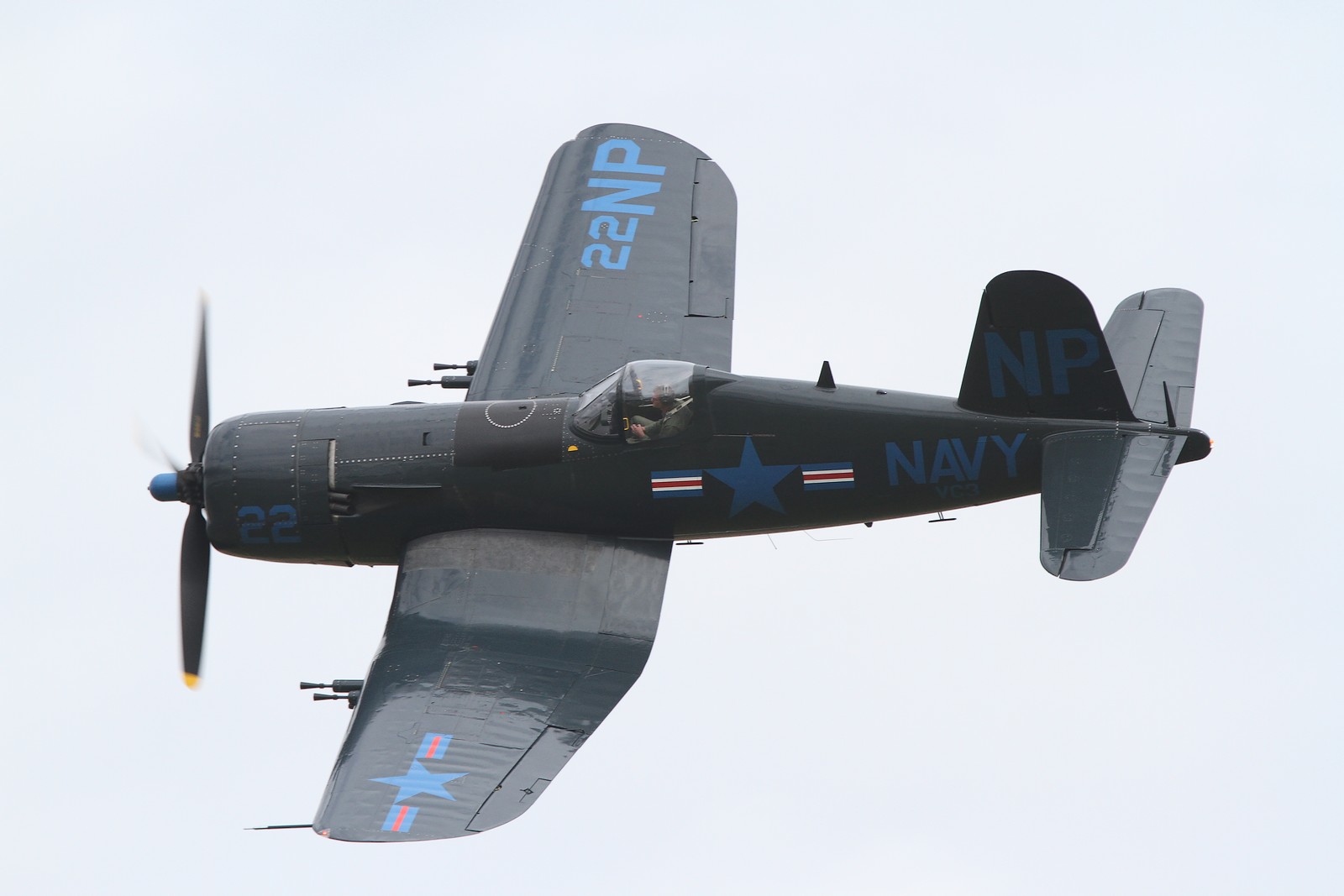 After several years of restoration, the French Vought Corsair F-AZEG is up and running again. It is owned by the Salis organisation, based at La Ferté-Alais.

Although it is only its third edition, the Air Legend show at Melun-Villaroche (France) has already earned its place amidst the major European air shows. The large airfield is conveniently situated in the southeastern part of the greater Paris region, and easily accessible by motorway.

It has a rich history as it initially was a French civilian airfield, becoming a German military base during WWII. After the war the USAAF used it for a couple of years after which it became a French military base again. Finally the French Air Force left the airfield and it was then used for test flying by Dassault and engine testing by the local SNECMA (now Safran) engine factories.

The main theme of the 2021 edition of Air Legend which was held on 11 and 12 September was War in the Pacific. This theme was chosen because it was 80 years ago this year that the War in the Pacific broke out. On 7 December 1941, the US were drawn into World War II when their base at Pearl Harbor was attacked by the Japanese. 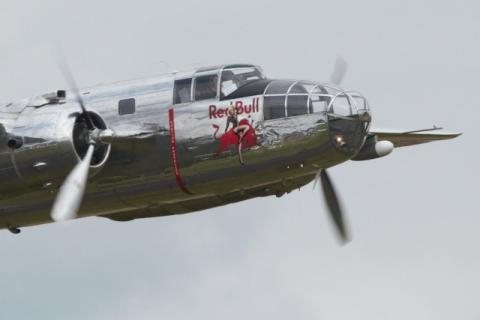 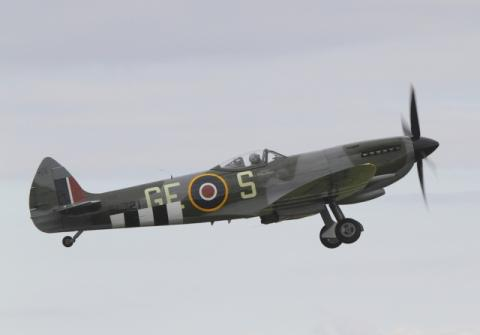 The organization had managed to book a nice variety of warbird types most of which were in some way or the other connected to the theme. Others, like the Spitfire and Buchon of the Ultimate Fighters, the Swiss Morane Saulnier 406 and the Belgian Spitfire Mk.XVI, were representatives of WW II in Europe.

In the early hours of Air Legend most aircraft that would later participate in the airshow could be photographed on the ground. And thanks to the presence of a large number of reenactors true atmospheric images could be taken. The reenactors representing Luftwaffe personnel even had their own camp. In a corner of the airfield part of a WW II “Fliegerhorst” was erected. The presence of a Bucker Bu181 Bestmann and a Nord 1002 (representing a Messerschmitt Bf108) nicely attributed to the scene. 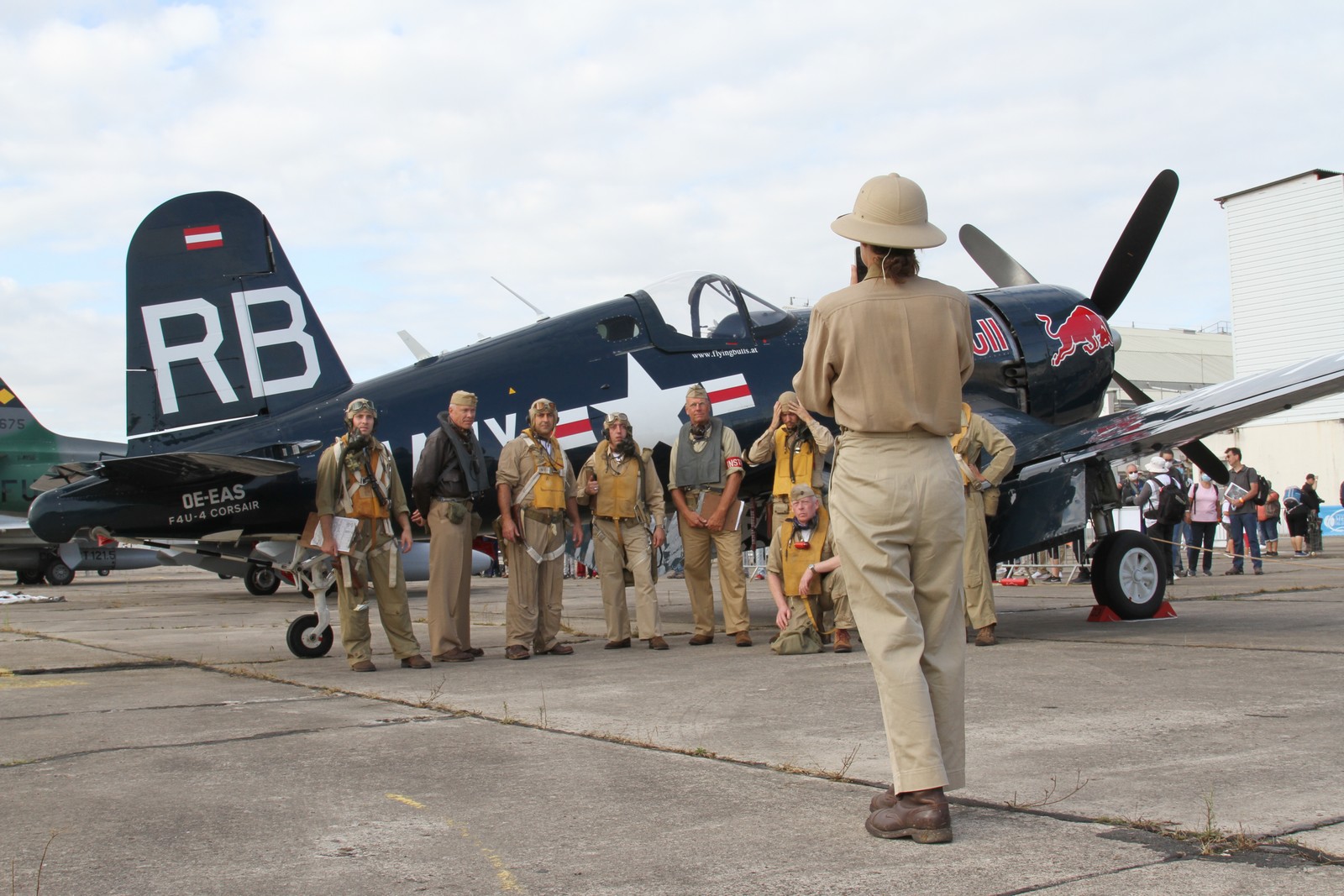 Re-enactors nicely contribute to the atmosphere during an airshow like Air Legend. In this case even the photographers get photographed.

Amongst the non-flyers aircraft in the static park consecutive generations of French military aircraft could be seen: trainers ranging from a SCAN built Stampe SV-4, to the Alpha Jet and from there to its successor, the Pilatus PC-21. Helicopters ranged from an Alouette II, museumpiece of the Gendarmerie museum of Melun, to two machines operational in the French navy, a golden oldie Alouette III which still looked fine despite its age, and their latest type, the NH90-NFH.

The airfield is also the home of the Association des Mécaniciens Pilotes d’Avions Anciens (AMPAA) a society of (literally translated) aircraft mechanics and pilots. It was founded in 1981 by a group of former Centre d’Essais en Vol testpilots. AMPAA owns an impressive collection of historic aircraft of which some have been restored to flying condition while others are stored for the future. 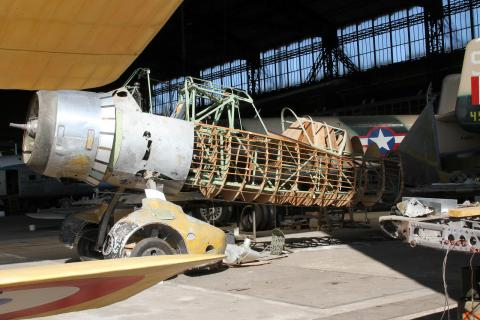 Their hangar doors were open which revealed some unique gems, like the Hurel-Dubois HD-34 photoplane with its enormous wingspan, an AVIA B33 (licence built Ilyushin Il-10), and a Westland Lysander to name but a few. In the hangar the French B-25 Mitchell F-AZZU could also be seen. It was badly damaged shortly after its take-off from Melun in May 2011. At that time it was considered not to be feasible to be restored.

Melun-Villaroche has two paved runways, which were both used during the airshow. The shorter (1300 mtrs) 01/19 was used by most of the piston engine aircraft for their take-off and landing. The display line ran north-south along this runway 01/19, while the public area was on the Western side.  So photographic conditions were difficult at the beginning the airshow but improved as the time passed. Unlike the media, the spotters community had its own enclosure (for an additional € 40 fee per day) Luckily there was more than enough space along this 01/19 for the photographers that had not paid this extra fee, even when not arriving early. Far out of reach of the cameras of most people the jets and larger piston aircraft used the second runway, RW 10/28, which is longer (1975 mtr) than 01/19. 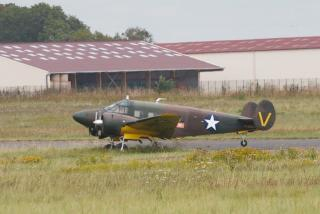 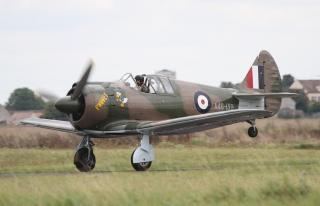 During Air Legend 2021, Europe’s sole CAC Boomerang, NX32CS, representing the Australian effort to withstand the Japanese, was a rarity. Three examples of the most famous fighter of the Pacific, the Chance-Vought Corsair were present: Flying Bull’s OE-EAS, Fighter Collection’s G-FGID and La Ferté Alais based F-AZEG.

Unfortunately the item on the attack on Pearl Harbor, in which a group of Harvards would act as Japanese aircraft had to be cancelled: the Salis organization owned Beech E18S F-AZEJ veered off the runway after a number of unwanted swings during take-off. It came to rest next to the runway after a ground swing. Fortunately the two crew were unhurt. It meant a break in the program that even took the words out of the mouth of commentator Bernard Chabbert, who usually cannot stop talking!

Next to all historic aircraft, the French military presented some of their current equipment. The Marine Nationale demonstrated an Atlantique 2 and two Rafale N’s, while the Armée de l’Air et de l’Espace flew the A-400, a Rafale and a duo of Mirage 2000’s, the Patrouille Gusto. The show ended with a tribute to the French writer and pilot Antoine de Saint-Exupéry. His most famous book, Le Petit Prince (the Little Prince) was released in 1943 and since then 140 Million copies were sold. Saint-Exupéry lost his life in a Lockheed P-38 while on a mission over the Mediterranean. 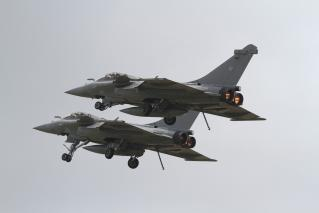 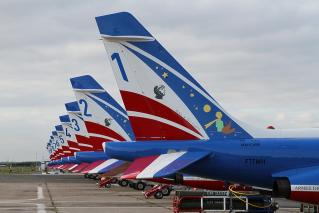 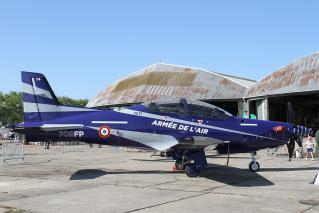 To commemorate him, the Patrouille de France has adorned its Alpha Jets with small Petit Prince signs on their fins. The finale of Air Legend was a demonstration of the PdF, which opened with a pass of the team together with Flying Bull’s P-38 Lightning.

Many thanks to the organization, in particular Mme. Iza Bazin for the invitation and thanks to Otger van der Kooij who prepared the following log: 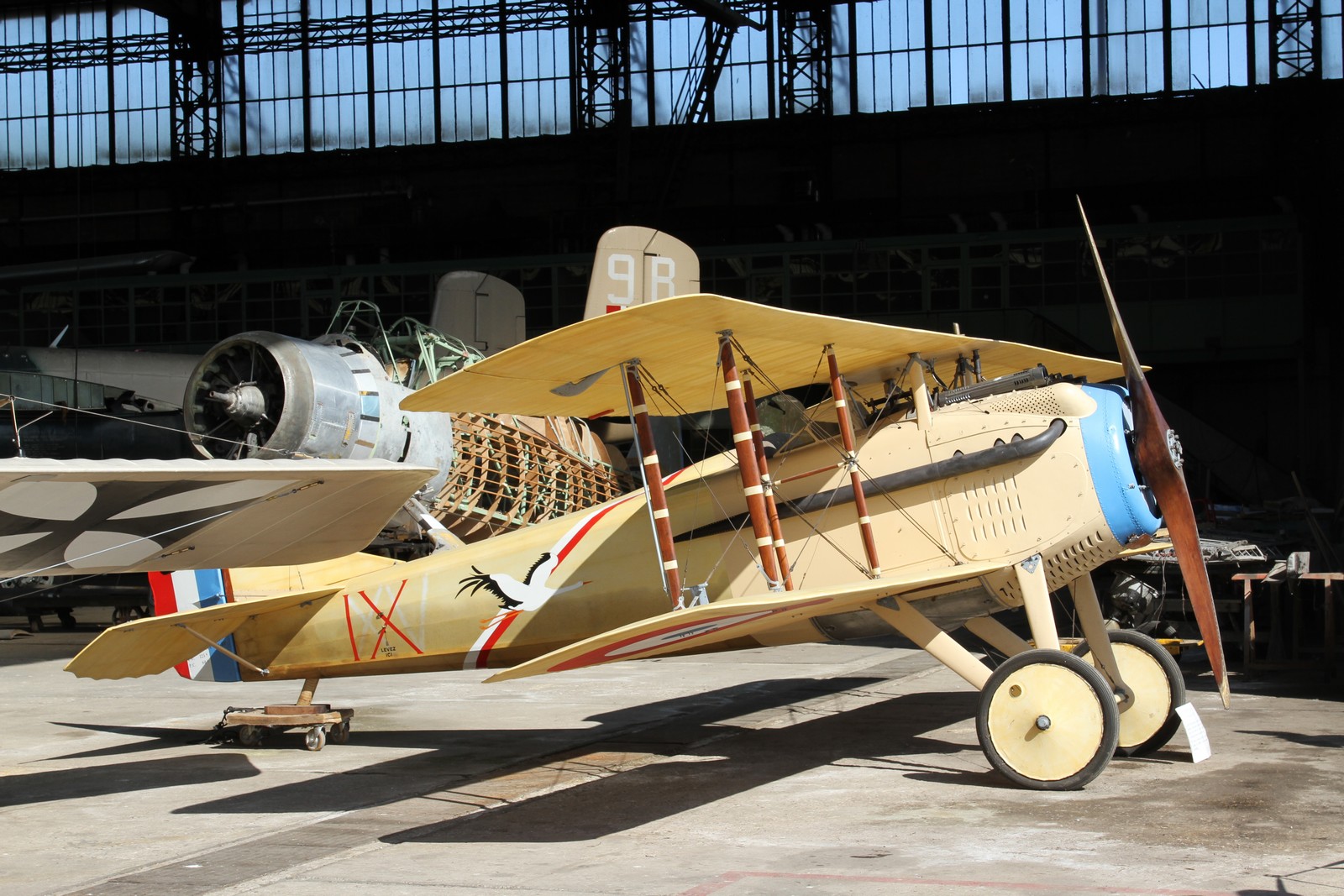 Replica SPAD WW I fighter F-AZNP with the stork sign of Escadrille N.3, the squadron of French ace pilot Guynemer. 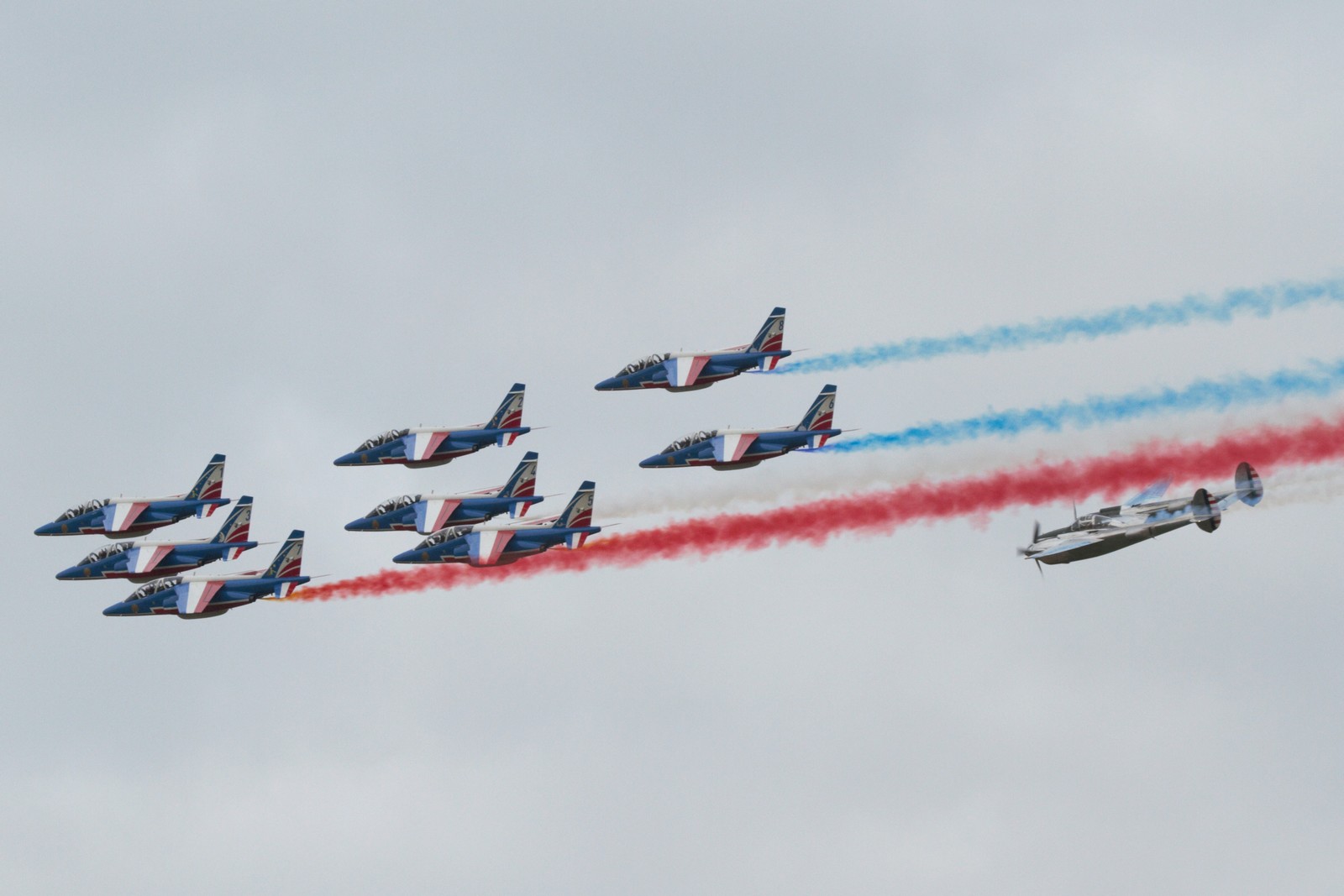 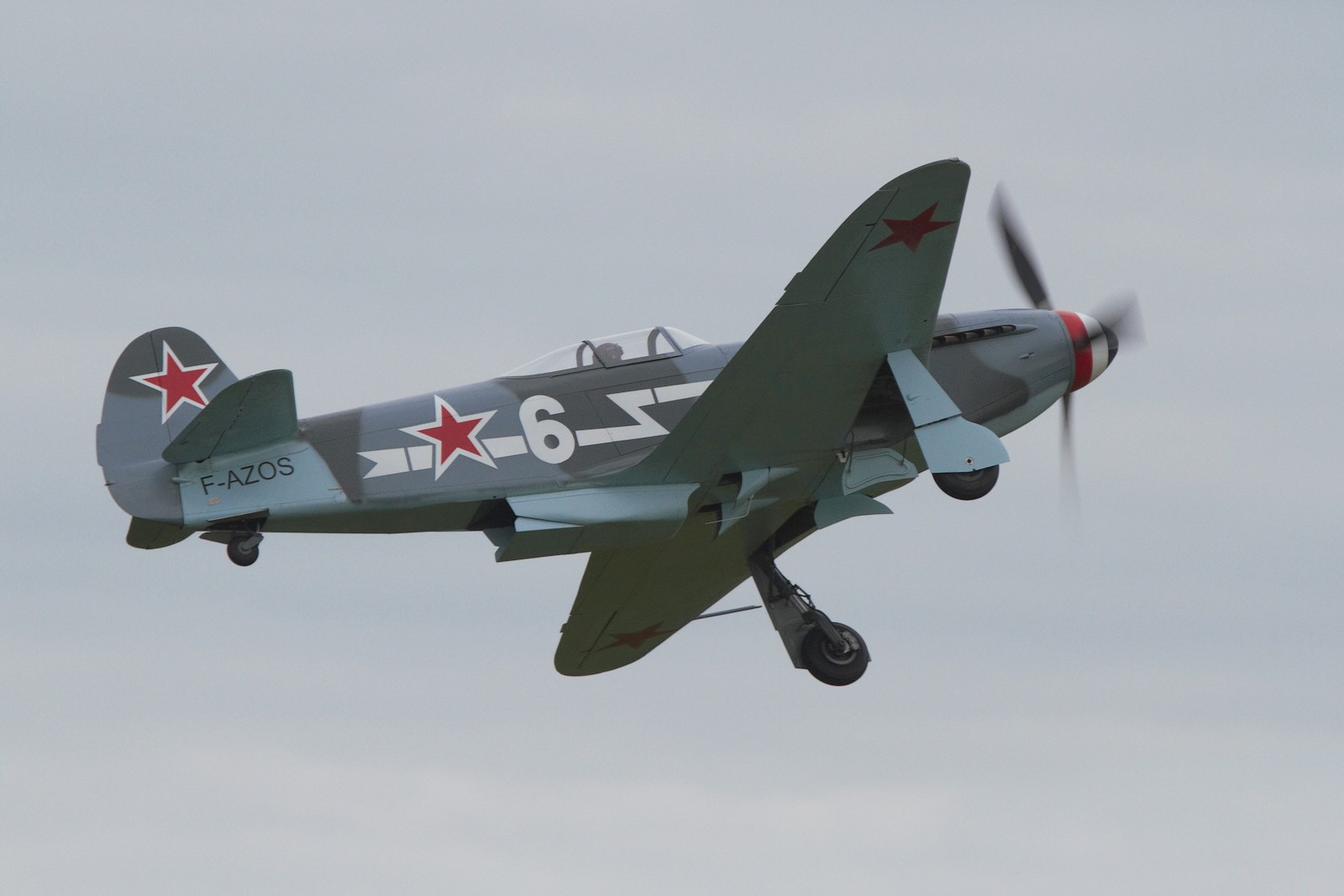 Once an Egyptian Air Force trainer, this F-AZOS was rebuilt as a Yakovlev Yak-9 fighter in the colours of the Normandie-Niemen unit of the Russian Air Force. 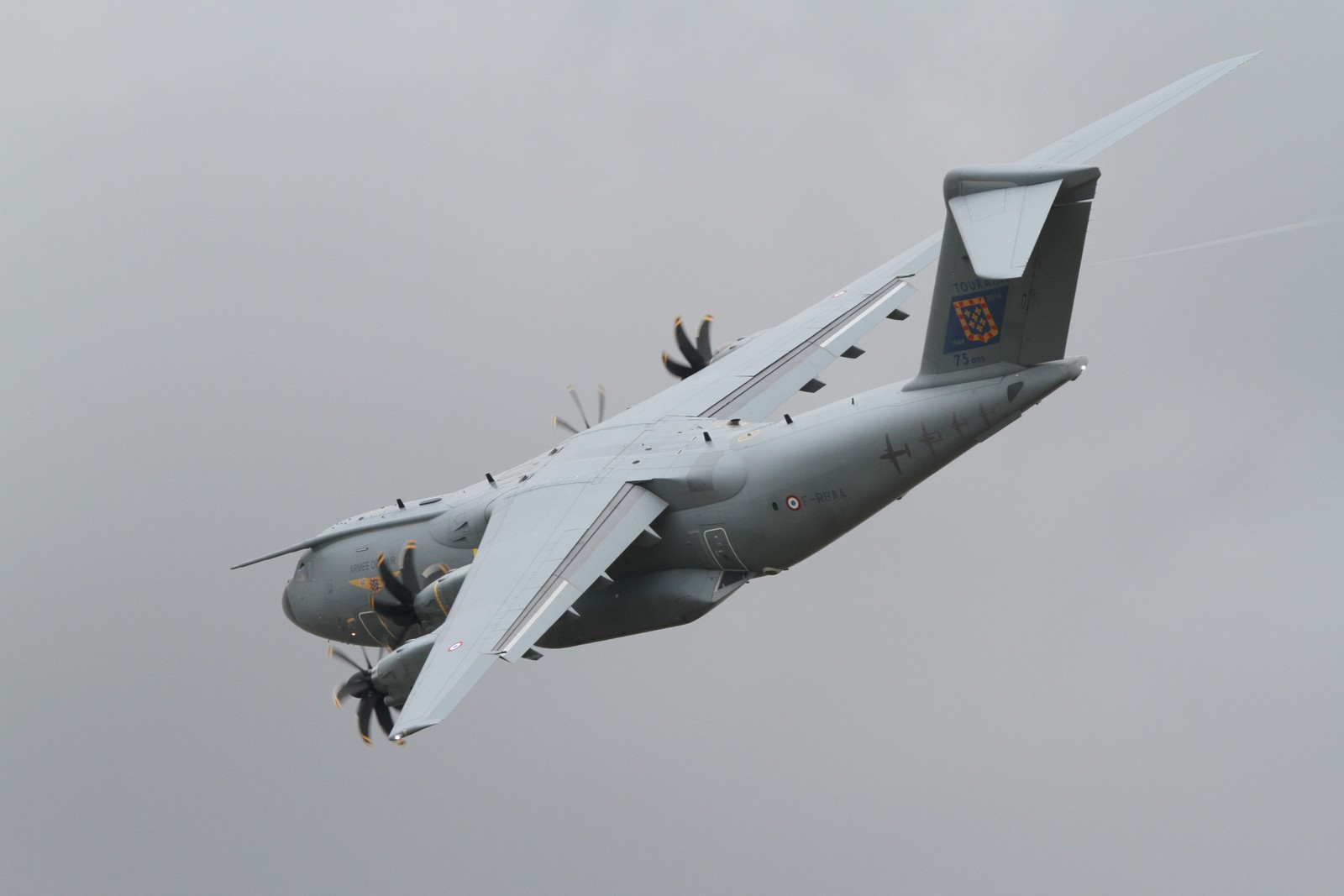 The Airbus A400M demo: It is amazing to see what a skilled pilot can do, while flying such a 76 tons (empty) transporter.