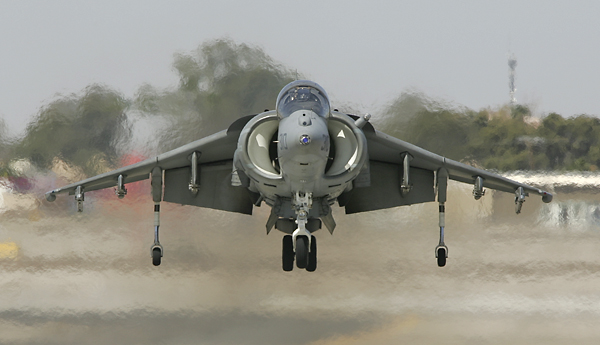 Making its familiar noisy appearance at Yuma airshow, the AV-8B hovers above the ground showing off its speciality. 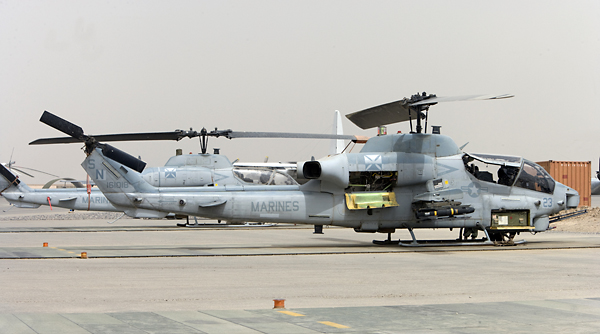 This SuperCobra is seen far away from its homebase Camp Pendleton in support of the Marines in Afghanistan. 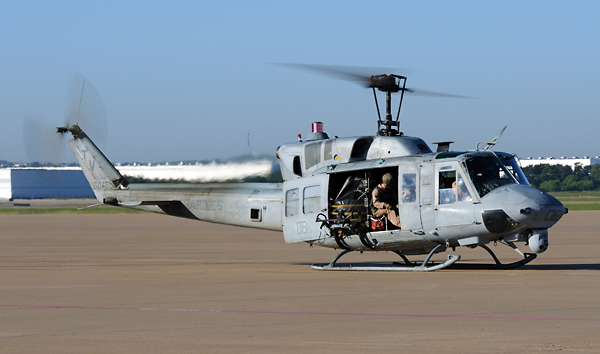 Twin Hueys are the ride to the battlefield for many Marines. With the advent of the UH-1Y this will probably continue for a couple of decades. 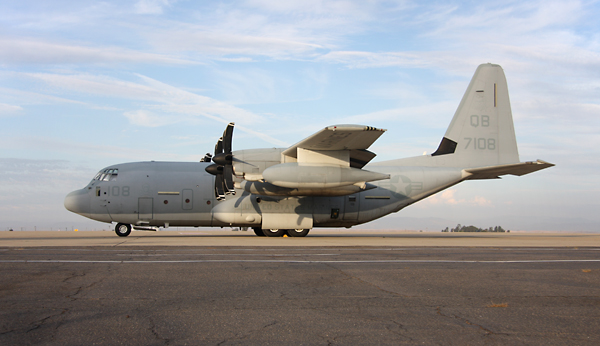 KC-130J is the new mount for the dual tanker-transport role. 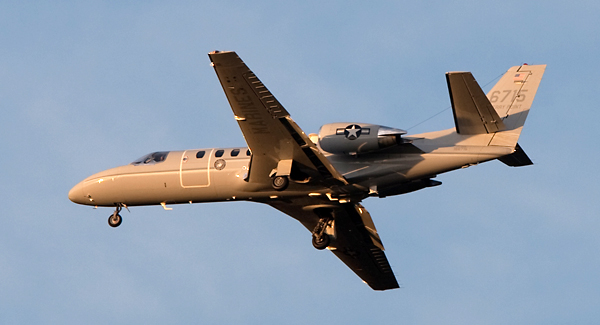 Executive sports cars in the shape of some Citation Ultras are in use. This one is Cherry Point-based which is painted in pale grey on the tail as well. 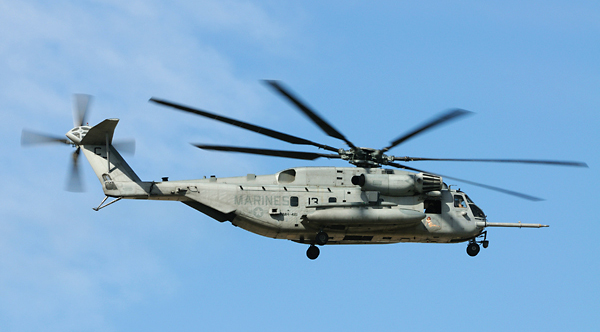 The CH-53E is the prime heavy lift helicopter of the Marines. Luckily, these impressive workhorses can be frequently seen at MCAS Yuma working up for the next deployment. 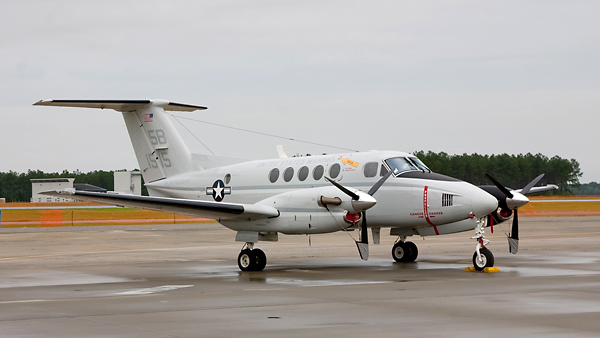 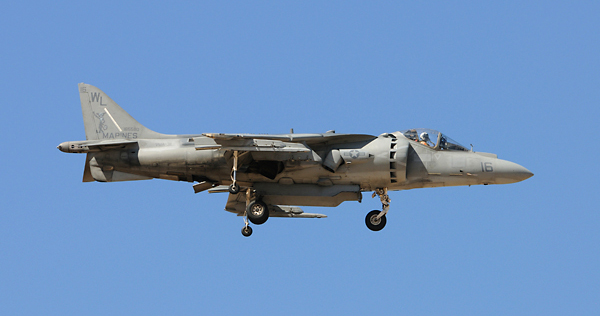 The "Harrier jump jet" is the aircraft that epitomizes what the USMC is about: get into the thick of it and get the job done were others can not.