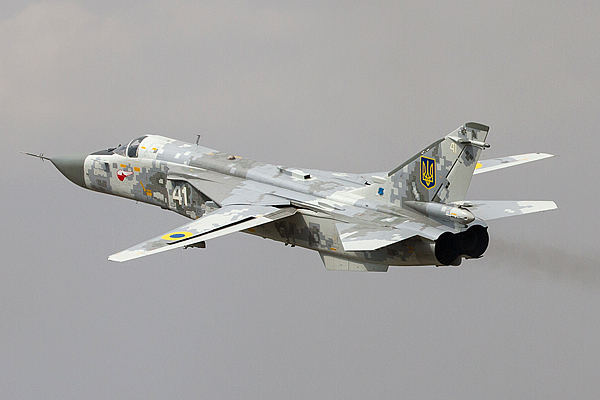 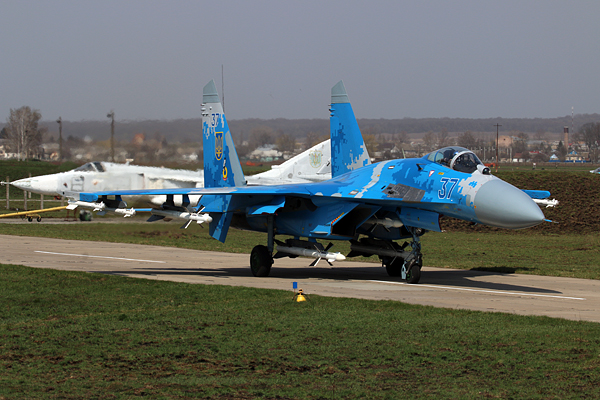 Su-27 37 blue seen taxiing at Staro during a deployment there. 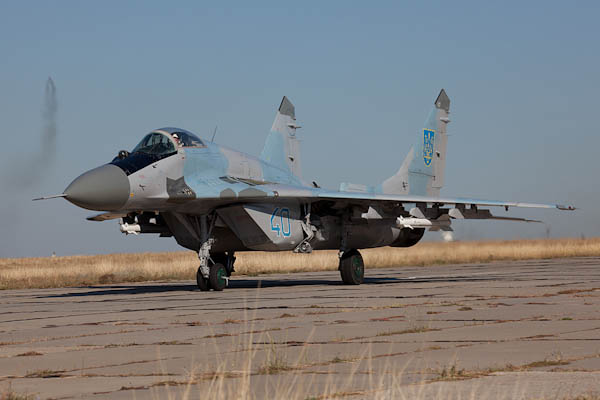 One of many MiG29s operated by the Ukrainian Air Arm is this MiG-29 bort 40 blue.

The single operational Il-78 is converted to a transport version, it no longer has tanker capabilities. 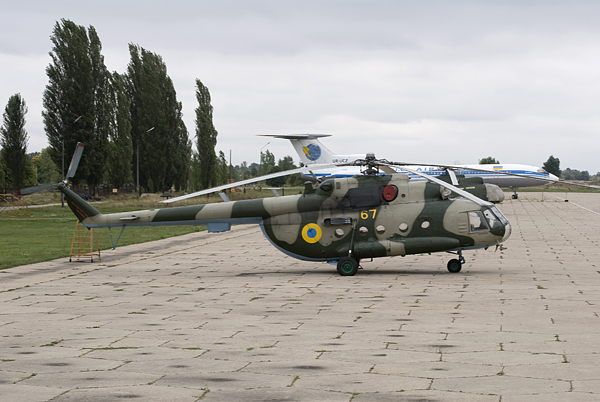 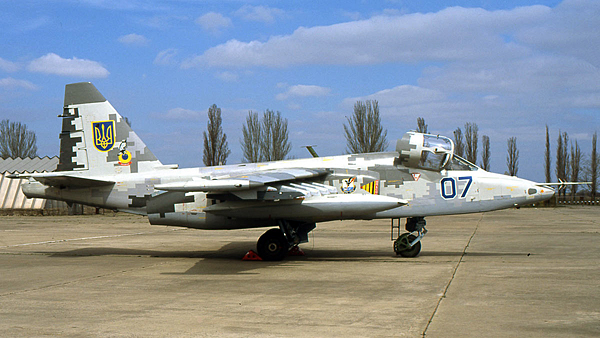 The Su-25s were used heavily against the insurgents in 2014 and some were lost in battle. 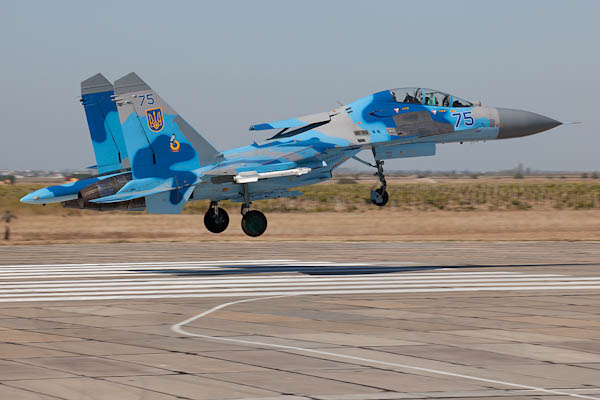 'Staro' based Su-24MR 16 yellow brakes for landing using all means at its disposal. 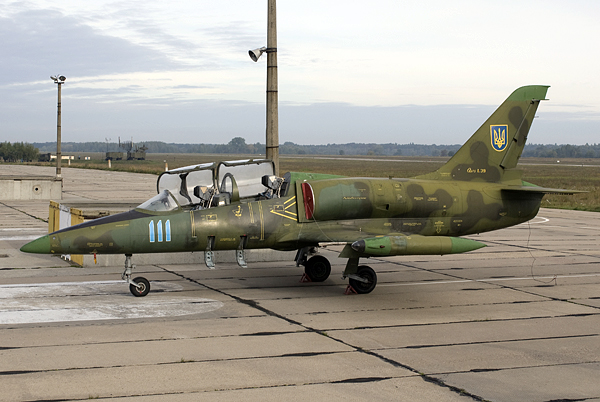 With their indigenous overhaul facility at Chuguyev close at hand, the AF has a vast number of L-39s at its disposal like this one from 40 BTA.