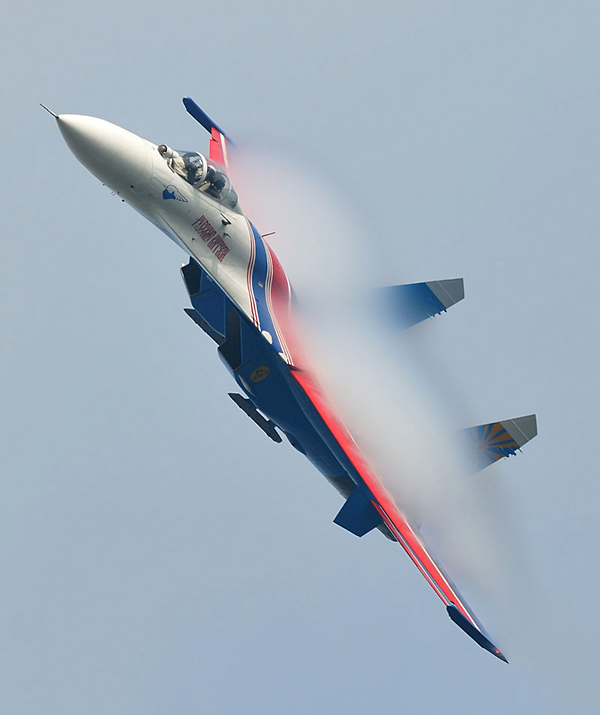 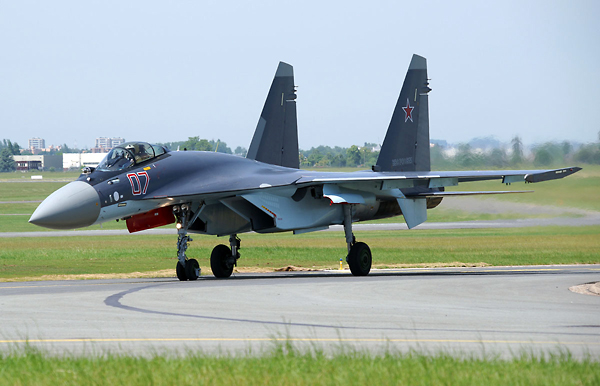 The Su-35 is the latest incarnation of the succesful Su-27 family. 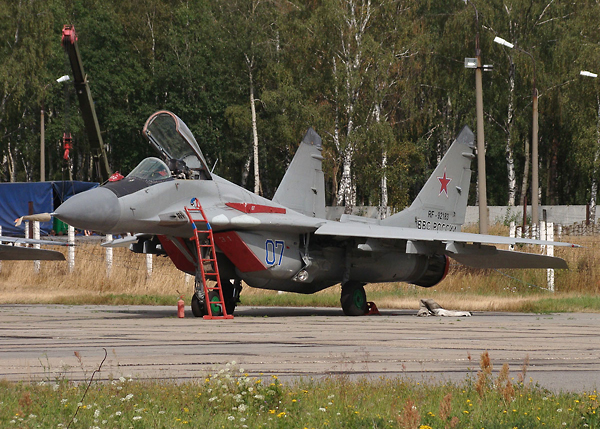 MiG-29s, like this 116 TsBPIA example, are around for a while already and this iconic aircraft is still used in large numbers. 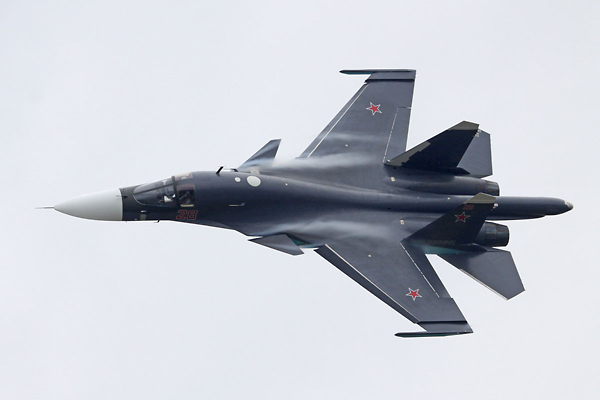 Su-34s saw combat use in Syria. 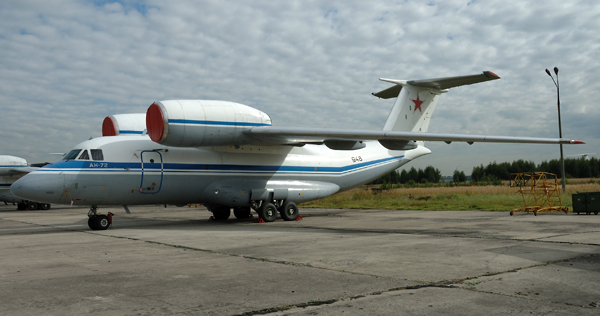 An-72s have found their way to some transport regiments. Most of them can be found at Chkalovskiy. 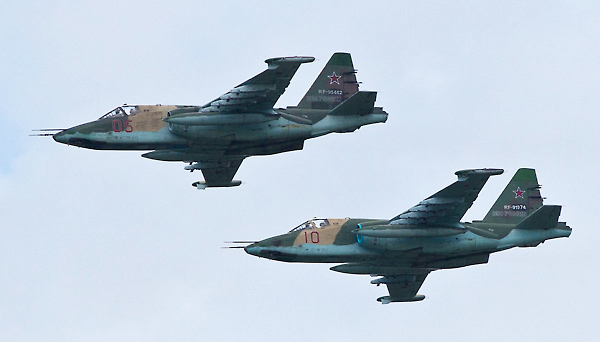 Buddenovsk can be called the Shturmoviks' nest. Seen here are Su-25SM, the most updated variant. 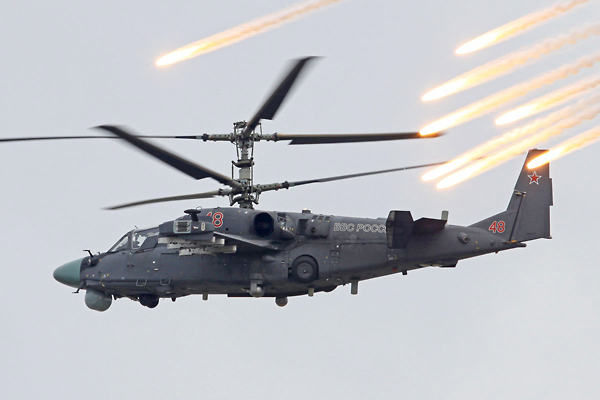 The Ka-52 Alligator has found its way to many regiments already. 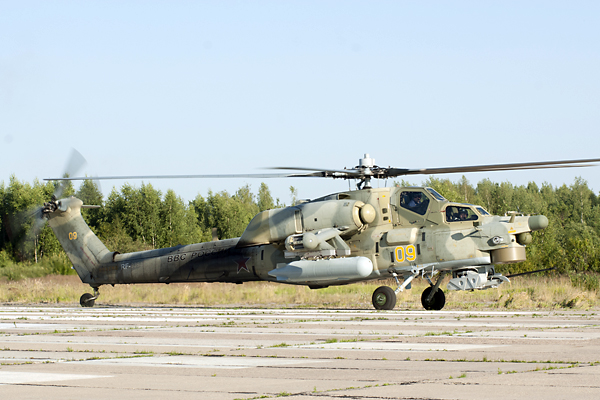 Torzhok is homebase of the Mi-28 in use as trainer. 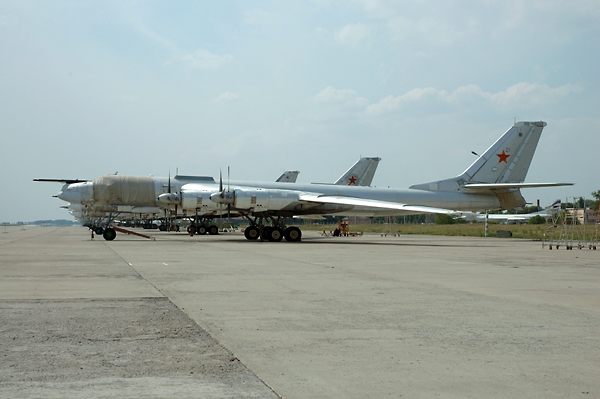 Tu-95MS are still based at Engels. 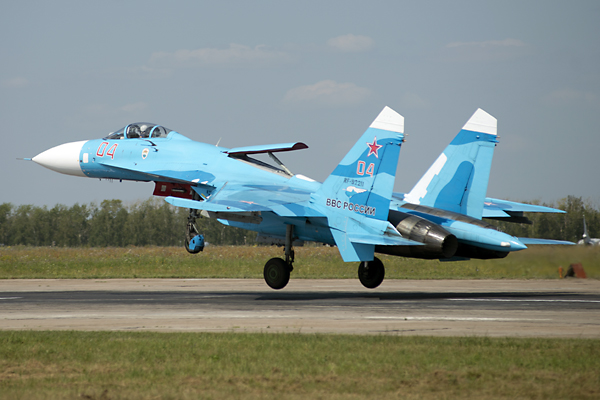 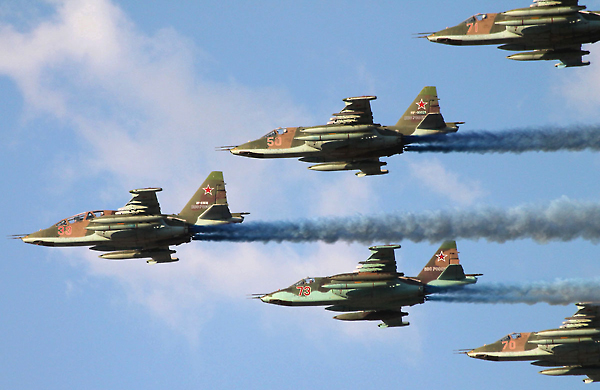 Assault regiments are equipped with the sturdy Su-25. 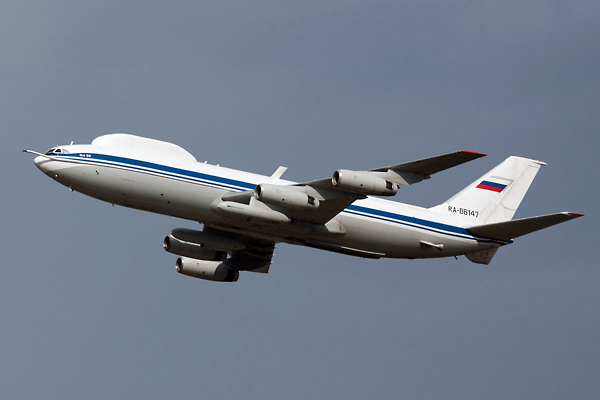 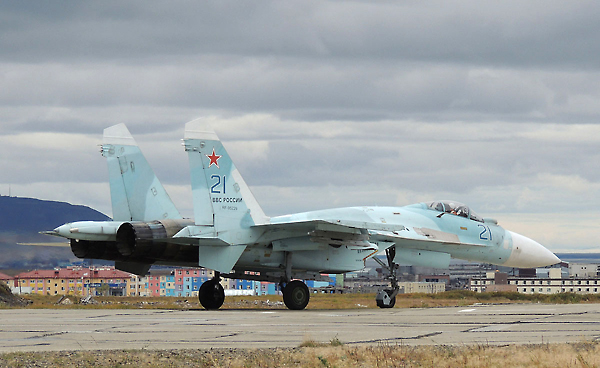 Most IAPs have some Su-27SM. 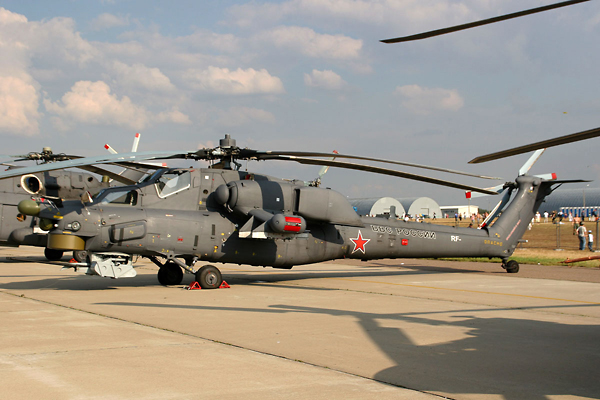 Mi-28s are used in conjuction with the Mi-35, a potent combination.

Seen at its homebase Kubinka, this Strizhi MiG-29 enjoys a rest during another busy demonstration season. 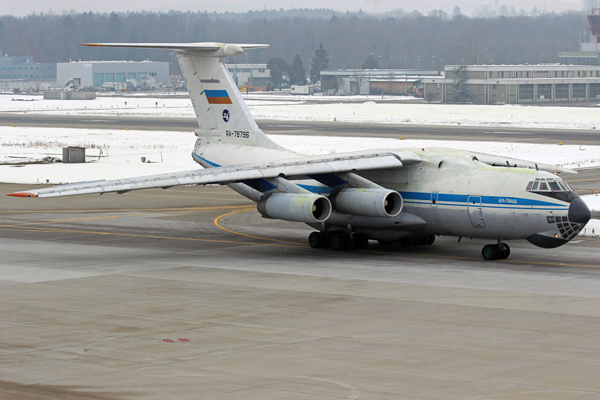 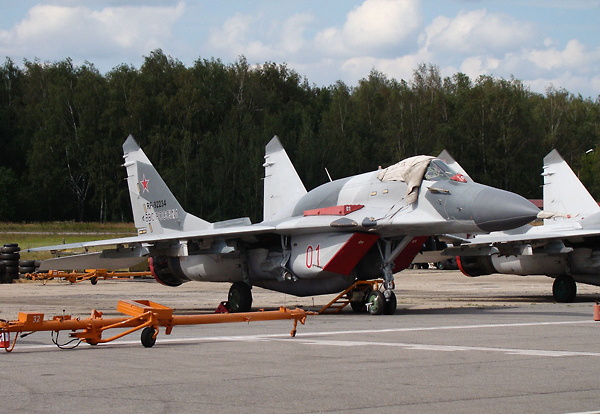 With its distinctive 'humpback', the SMT-variant of the MiG-29 really stands out. 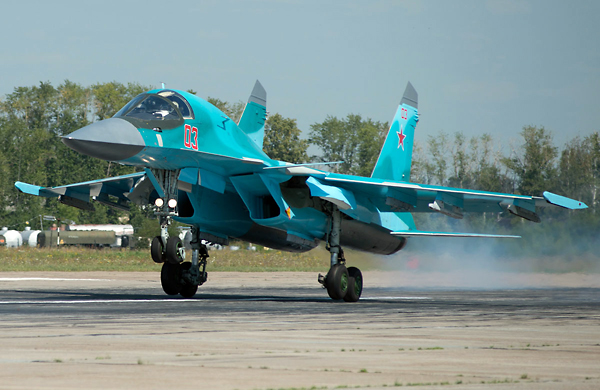 This institute has had many names with accompanying acronyms. The previous were: научно-исследовательский институт эксплуатации и ремонта авиационной техники (NIIE i RA i T) and most recent DNDI ERATs. 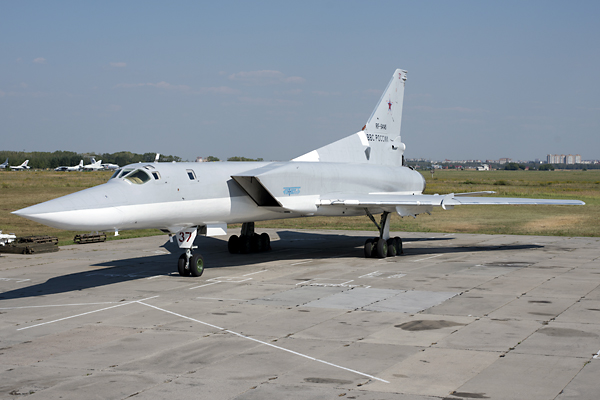 Nightmare of every defence commander is to have a flock of Tu-22M3s coming at him... 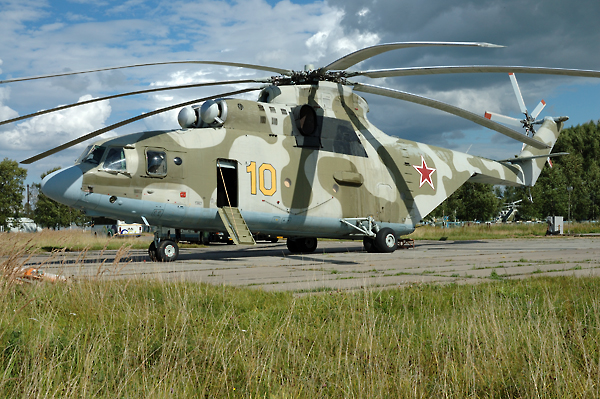 The mighty Mi-26, largest operational transport helicopter in the world, is used by various regiments. 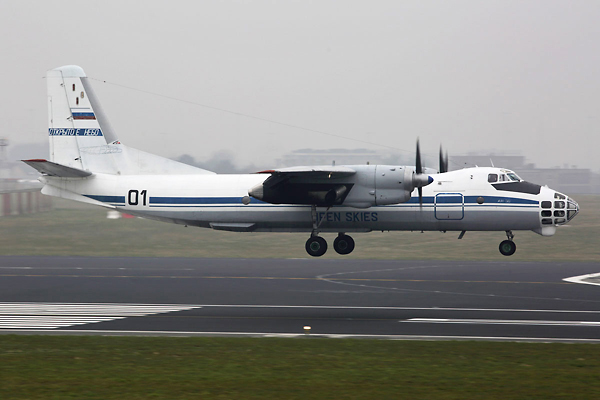 Probably one of the more familiar types to visit western Europe is the An-30 open Skies aircarft. 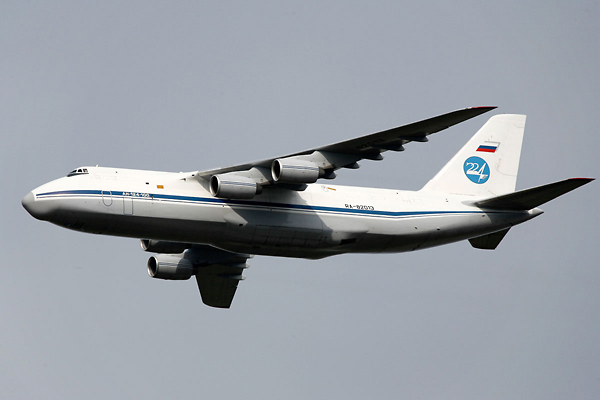 An-124s are sought-after for commercial off size cargo transport, but the VVS has some of their own too.

The Su-27s are being replaced with the Su35. 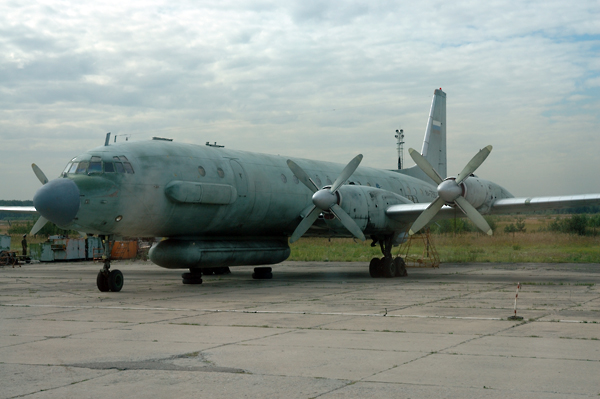 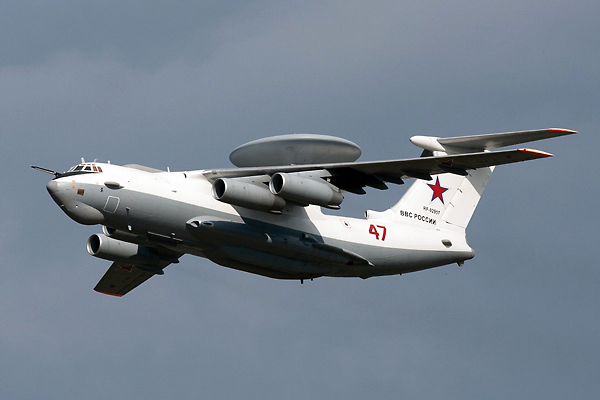 Airborne Early Warning is performed by the A-50 based at Ivanovo. 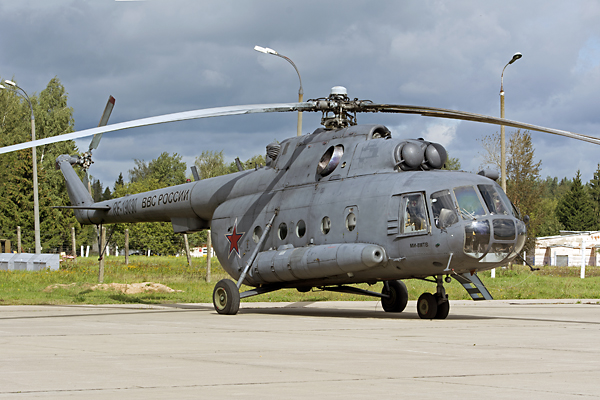 Albeit one of the most numerous aircraft in the inventory, the Mi-8MTV is seldom photographed. 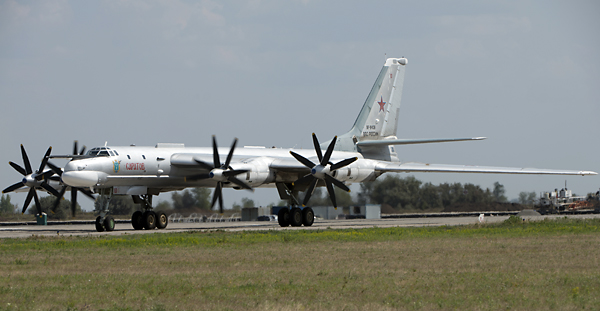 The majority of the Tu-95 fleet has commemorative names worn on their noses. 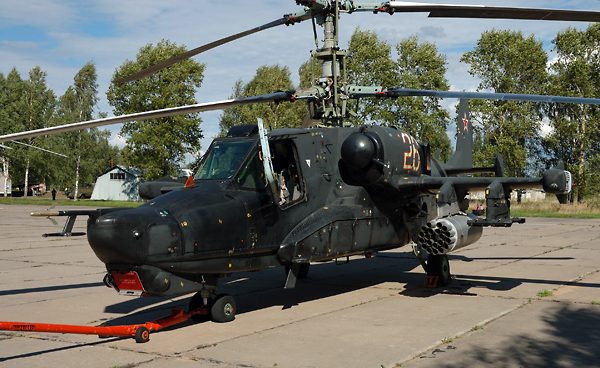 Ka-52s are used by frontline units but as far as we know the Ka-50, like this 26 yellow, only by training and test units. 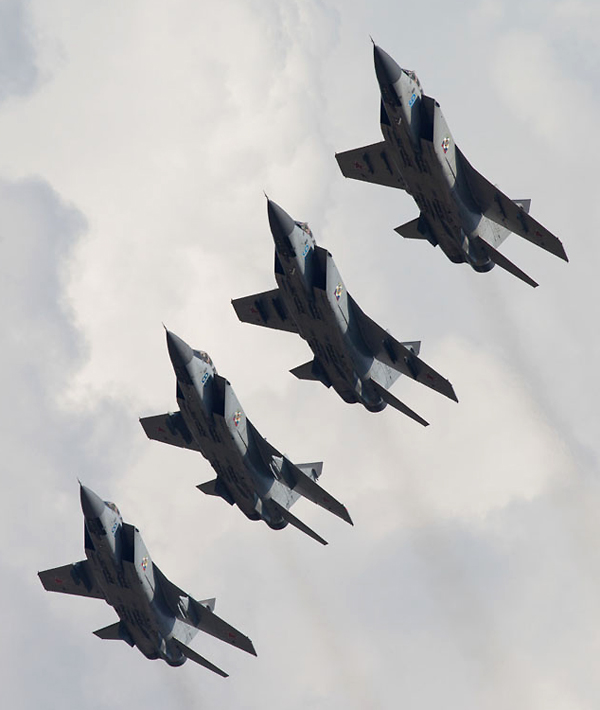 High altitude longe range air defence is performed by the MiG-31, bring it on...! 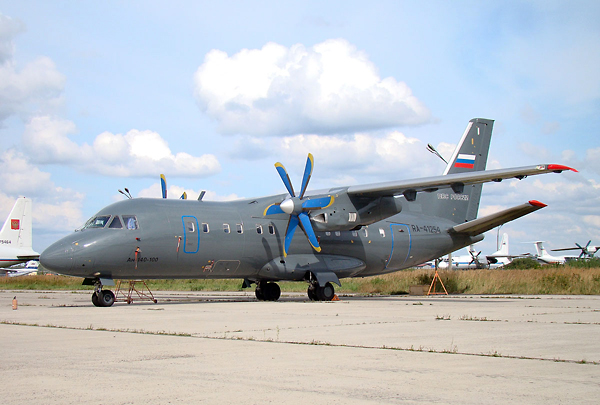 Most transport regiments have received some An-140-100s.