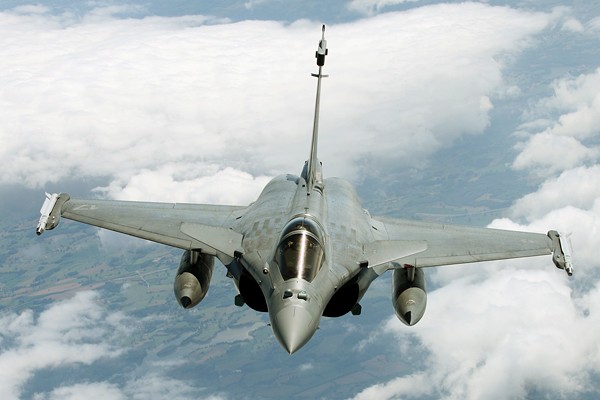 The Rafale M was the first production Rafale and was introduced in 2001. It became operational on board the carrier Charles de Gaulle with the F1 version restricted to the air defence role. In 2007 the first Rafale M F2 versions were delivered and immediately active as multirole aircraft in Tajikistan in support of the NATO International Security Assistance Force (ISAF) in Afghanistan.

36F will be the UAV flotilla in the near future, operating the Schiebel S-100 Camcopter UAV. 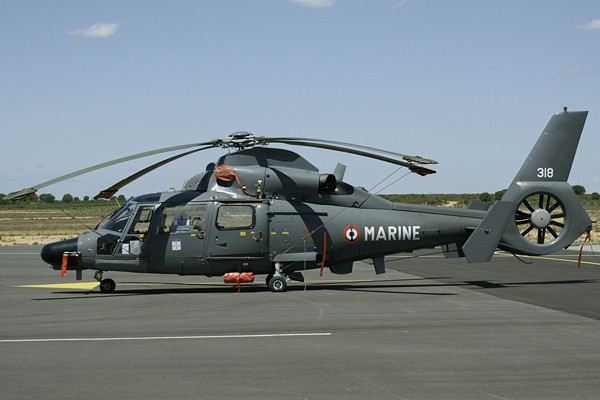 The AN operates many different types of Dauphin/Panther helicopters. Here shown is a SA365F1 Dauphin II, which main role is SAR, especially on board of the carrier Charles de Gaulle (R91). 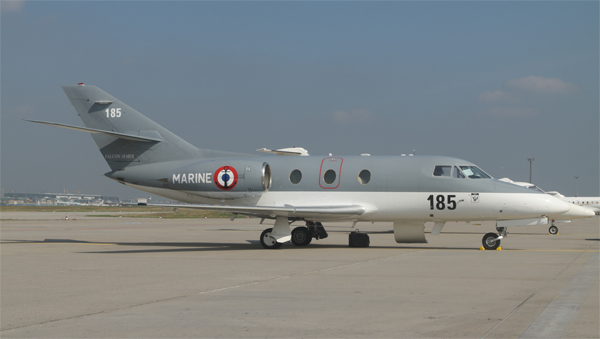 Many missions are perfomed by the Falcon 10MER. Based at Landiviseau, 57S received these aircraft in 1981 and has used them since for liasion, training and calibration flights.