Brief history
The history of the Egyptian Air Force goes back to the Second World War when the RAF based many squadrons in Egypt to fight the Germans. During and after the war Egypt squadrons were established. The first major conflict for the Egyptians came in 1947 and 1948 when they got involved in the war of Independence for a free Israel. Egypt Spitfires and C-47 Dakotas were involved in fighter and bomber missions over Israel. A coup against King Farouk of Egypt led Egypt into a republic and General Nasser becoming the first President. One of his first acts was the declaration of ownership of the Suez canal. This lead to a war with England and France, this prompted the Israelis to take actions together with Britain and France (the only time Israel fought a war with direct involved allies). On October 29, 1956, Israeli troops invaded Egypt's Sinai Peninsula and quickly overcame opposition as they raced for Suez. The next day, Britain and France, following their part of the script, offered to temporarily occupy the Canal Zone and suggested a 10 mile buffer on either side which would separate the Egyptian forces from the Israelis. Nasser of course refused, and on October 31, 1956 Egypt was attacked and invaded by the military forces of Britain and France. 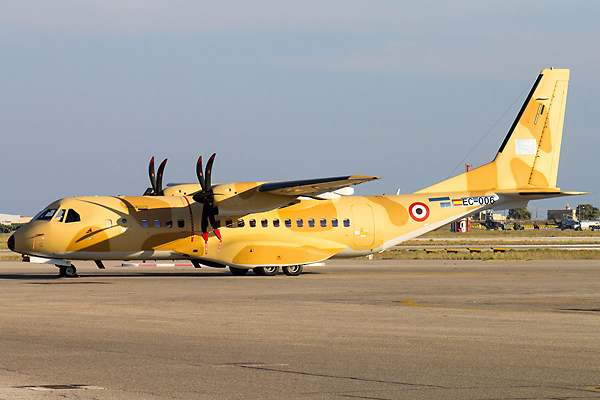 During the 1967 war the Egypt Air Force was unable to act properly, the results being the complete loss of the Sinai desert and Israeli troops crossing the Suez canal into Egypt. In the years that followed Egypt had to rebuild its complete Air Force, Russia being the most important country to deliver new aircraft and more important advisers and training. This lead to a much more effective air force. This was clearly visible during the Yom Kippur war of 1973 when the air force was able to pinpoint attacks on the Israeli ground forces. Despite this Egypt lost the war and more than 200 aircraft were lost during those 18 days of fighting.

Following this President Saddat asked the Russians for more sophisticated weapons which were constantly being delayed. Because of these delays Egypt turned to France and the USA for the badly needed modernisations of the air force. France jumped in with the delivery of Mirage 5s followed by American F-4Es. This was the start which resulted in Mirage 2000s and F-16Cs being delivered from the early 80s. Despite the French and American deliveries the Egyptians kept looking further and found more and cheap sollutions in China. This resulted in large orders for the F-7 (upgraded MiG-21s) and recently K-8 trainers.

Silver Stars
The Egypt Air Force demonstration team “Silver Stars” consists of eleven aircraft: eight aircraft plus one solo aircraft, and two spares. The team has fourteen pilots and has its origin in the mid-70s when four L-29 were used for demonstration flight. In 1984 the team switched to six Alpha Jets which was upgraded to nine aircraft in 1985. In 2004 the team has made the switch to the K-8E trainer and is led by Group Captain Mostafa Fathi since 2005. During the shows, eight different formations are shown along with several single aircraft passes. The team consists of the following aircraft. K-8E 6325/1 carries the name “Mostafa” after the team leader.

The future of the Egypt Air Force All AH-64A have been converted to AH-64D standard. In total 35 Apaches were upgraded at the Boeing Helicopters in Mesa (AZ). One Apache was lost before the conversion in 1997. The Egypt Navy received the SH-2G(E) Sea Sprite as addition to the Sea King, Commando and Gazelle helicopters. The trainer fleet has been modernised by the delivery of 68 Grob 115s and 80 K-8E. Next to these orders there is still a big wish-list which will be for the next few years as the economic situation in Egypt prevents the government of ordering more aircraft. 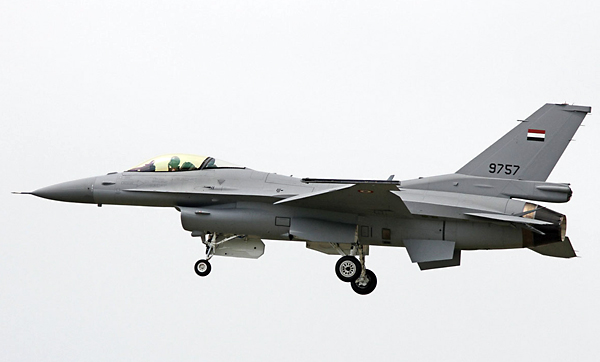