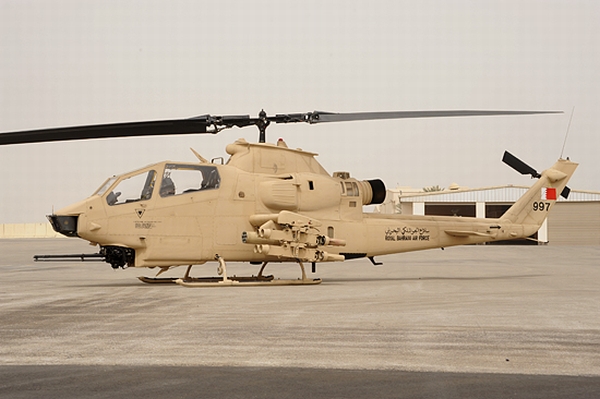 9th Helicopter Squadron is the user of AH-1F Cobra 997 at Rifa'a Air Base, Bahrain. 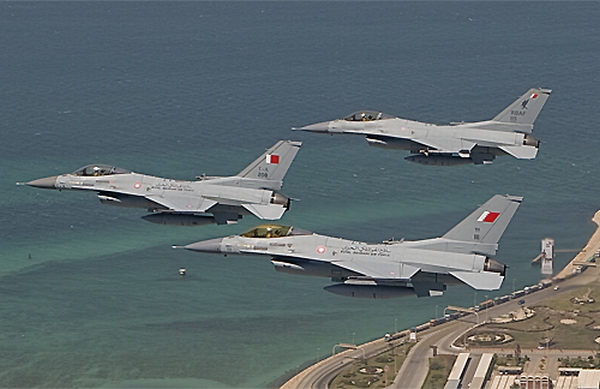 The backbone of the Royal Bahraini Air Force is a squadron of F-5E/Fs and two squadrons of F-16C/Ds. The above three Fighting Falcons are based at Shaikh Isa Air Base, Bahrain. 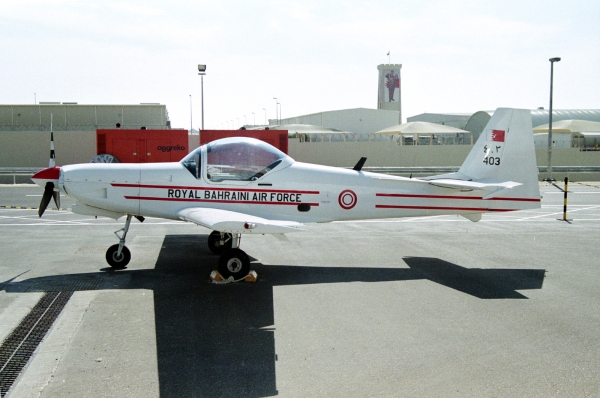