Up to now well over twenty Y-20s had been delivered powered by the Soloviev D-30KP-2 engines that can also be found on the earlier Il-76 transports. The new engines are believed to offer fourteen tonnes of thrust, compared to twelve tonnes for the D-30s.

In addition to the delivered aircraft that now fly with 12th and 37th Regiments, many Y-20s can be seen on satellite pictures on Yanliang waiting to be delivered. Currently only the transport variant is operational, but a tanker version is expected to be joining soon.

Of course the whereabouts of the Y-20 within the China Air Force can be found at our Air Order of Battle pages. 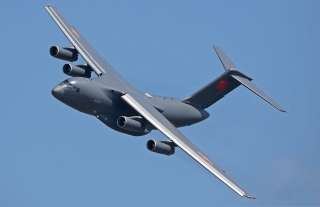 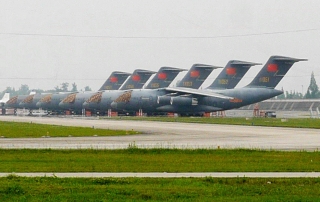