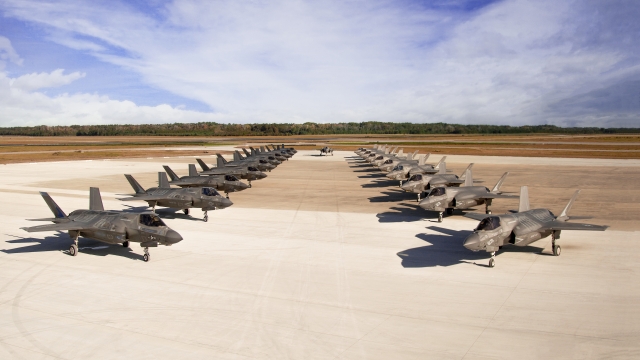 Marine Fighter Attack Training Squadron (VMFAT) 501 Warlords ('VM-xx') based at MCAS Beaufort (SC) managed to conducted a mass-launch from their home base with twenty-one F-35B Lightning IIs on 24 November 2020.

The mass-launch was connected to a days-worth of training flights in a single launch with the Short Take-Off and Vertical Landing (STOVL) version of the stealth fighter. A carefull eye will notice (at least) two F-35Bs of the Aeronautica Militare (Italian Naval Aviation) in the line-up!

Like no one else, US military spokesman can report like this: "The F-35B represents the future of Marine Corps tactical aviation and incorporates the mission capabilities of the current Marine Corps platforms it is replacing—the AV-8B Harrier, F/A-18 Hornet, and EA-6B Prowler—within a single airframe. In addition to its short takeoff and vertical landing capability, the F-35B’s unique combination of stealth, cutting-edge radar, sensor technology, and electronic warfare systems bring all of the access and lethality capabilities of a fifth-generation fighter, a modern bomber, and an adverse-weather, all-threat environment air support platform. The F-35’s mission is to attack and destroy surface targets, intercept and destroy enemy aircraft, provide electronic warfare support, and network enabled reconnaissance support across the full spectrum of combat operations. It has an autonomous capability to strike a broad range of moving or fixed targets, either day or night and in adverse weather conditions. These targets include air and ground threats, as well as enemy surface units at sea and anti-ship or land attack cruise missiles and it can complete the entire kill chain without reliance on external sources by using fused information from its onboard systems and/or other F-35s."

We enjoy the nice picture the USMC provided! This time not a "classic" elephant walk picture but a welcome variant on that one! Well done US Marine Corps photographer Staff Sgt. Brittney Vella! It is not the first time VMFAT-501 conducts a mass-take off (and Elephant walk), they did a likewise exercise with twenty F-35s on 1 May 2019.

The Scramble database reports some 25 F-35Bs in active service with the Warlords. 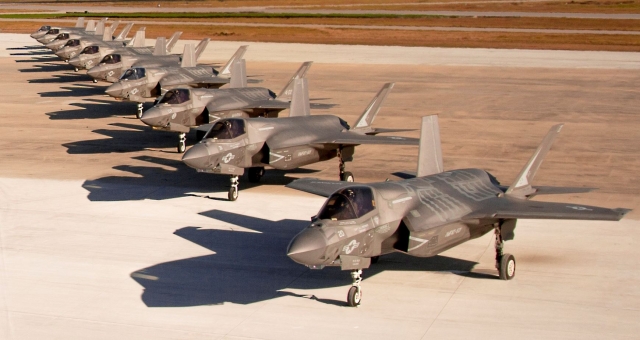 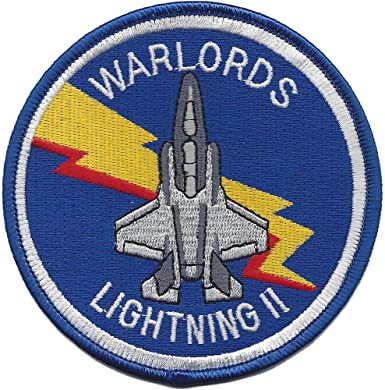