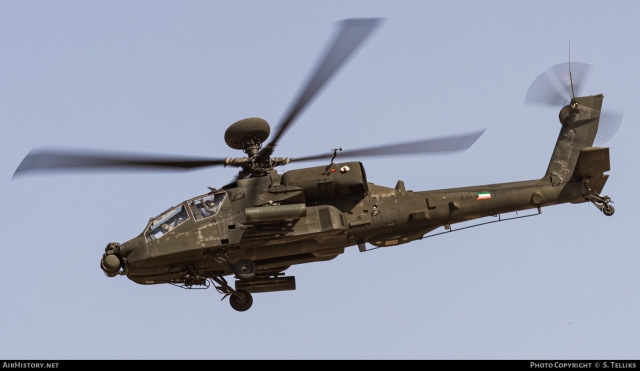 US approves sale of new and remanufactured Apaches to Kuwait

On 29 December 2020, the US State Department has made a determination approving a possible Foreign Military Sale to the Government of Kuwait of eight Boeing AH-64E Apache Longbow attack helicopters and related equipment for an estimated cost of USD 4,0 billion.

Together with the eight new Apaches, sixteen AH-64Ds, assigned to the 17 Attack squadron at Ali al Salem air base (Kuwait) will be remanuactured to the AH-64E configuration.

Of course the attack helicopters will be armed too, so all equipment to operate with M299 AGM-114 Hellfire Missiles and Hydra 70 (70mm) 2.75 Inch Rocket M260 Rockets M230El 30mm Chain Gun M139 Area Weapons System (AWS) guns. The whole will be accompanied with personnel training, simulators, logistics, spare and repair parts, test equipment and US government and manufacturer contractor support. In addition, Kuwait has expressed an interest in a Technical Assistance Fielding Team (TAFT) to provide in-country pilot and maintenance training. Execution of a TAFT will require a team of a dozen personnel to be deployed to Kuwait for the period of approximately three years.

The helicopters will be build and remanufactured at Boeing, Mesa (AZ).

This announcement of this potential sale will be followed by an official contract that will be inked in 2021.

Photo by Simon Telliks via the Basic Operator option at AirHistory.net