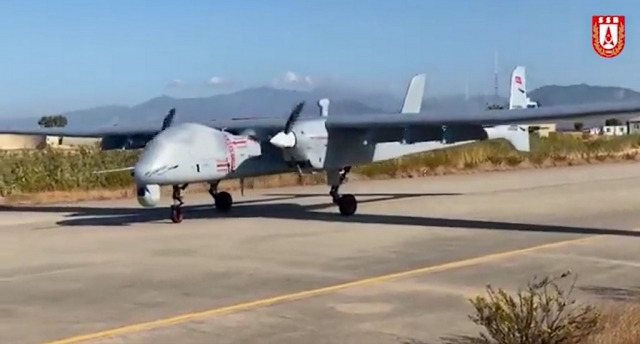 They were introduced in 312 Filo that operates out of Dalaman and has forward operating capabilities at Geçitkale, Cyprus.

This twin engine airplane is the latest type UCAV that was built by TUSAS (TAI - Turkish Aerospace Industries) for the Turkish Armed Forces. The prototype made its first flight on 20 March 2019.

TAI has experience in the field as the company has previously built the TAI Anka series of single engine drones. By now the Aksungur is the manufacturer's largest drone with a length of 12 metres, a wingspan of 24 metres and a max. take-off weight of 3,300 kilo.

The Aksungur is powered by two TEI PD170 4-cylinder liquid-cooled turbo-charged horizontally-opposed piston engines of 130–160 kW (170–220 hp) each which enable it to fly for 50 hours without armament. 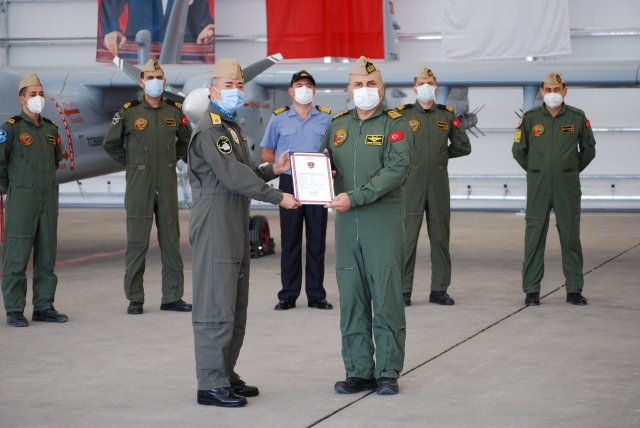 The UCAV can carry up to 750kg of payload and is capable of long-endurance multi-role intelligence, surveillance, reconnaissance, and attack missions at an altitude of up to 40.000 feet. It can operate beyond the line of sight due to its satellite communication capabilities.

The new weaponsystem is fitted with three EO/IR (Electro-Optical/Infra-Red) cameras, a locally developed HGK-82 Precision Guidance Kit and is propelled by the indigenously developed PD170 engine. In terms of armament, it can carry a total of 12 MAM-Ls (each with maximum range of 15 km) at 6 weapon stations and fully loaded it can stay in the air for 28 hours.

The Turkish Navy is expected to get at least four Aksungur UAVs. The first that was delivered received the serial number TCB881 (no hyphen) and also carried its former TAI/Turkish Air Force serial 20-003.