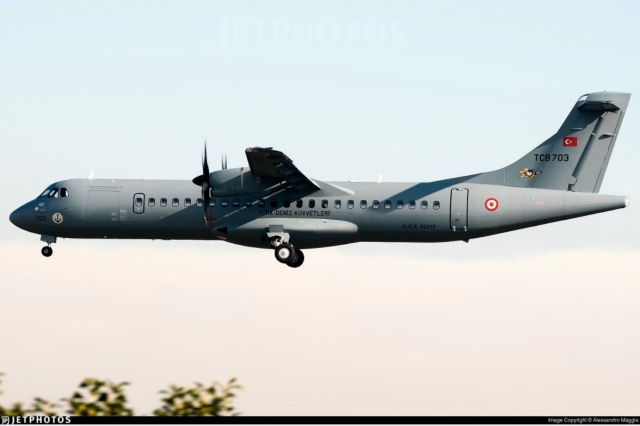 On 1 March 2021, an additional ATR72-600, serial TCB-703 (construction number 1498), was delivered to the Türk Deniz Hava Komutanlığı (Turkish Navy Aviation Command). In itself, this is not surprising since Leonardo S.p.A. is in the process of delivering the last four of six ordered Maritime Patrol Aircraft versions to the Turkish Navy. However, this latest delivery was a Transport & Maritime Utility Aircraft, of which the Turkish Navy already operates two since 2013.

The order of ATR72s has been changed multiple times. As far back as 2005, the Savunma Sanayi Başkanlığı (SSB, Ministry of Defense Industries) ordered ten aircraft which would be based on the commercial ATR75-500. In 2013 the order was changed to eight ATR72-600: two ATR72-600TMUA (Transport & Maritime Utility Aircraft) and six ATR72-600MPA (Maritime Patrol Aircraft, locally designated P-72).

In December 2020, the SSB again announced a change of the order, to three Transport & Maritime Utility Aircraft (TMUA) and six Maritime Patrol Aircraft (MPA). It is unclear if the latest delivery is a compensation for the tremendous delays that the programs is facing or if the Turkish government actually paid for the aircraft.

The fleet of ATR72s are operated by 301 Filo from Cengiz Topel Naval Air Base, near Izmit.