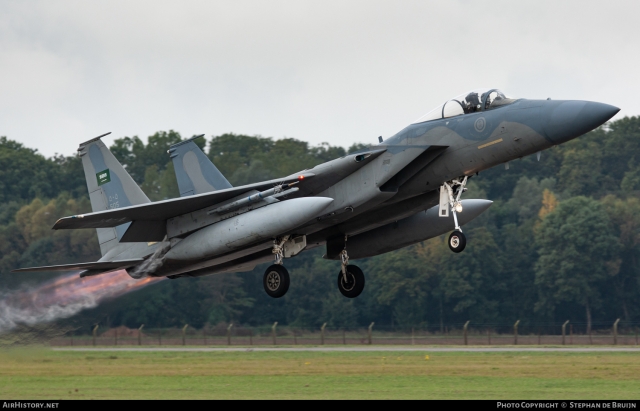 The contract provides for modernization and sustainment of the Saudi F-15 fleet and contains hardware, software, and interface design, development, integration, test, subsystem and structural component production and installation of future modifications.

The five-year Foreign Military Sales (FMS) contract, plus an option for another five years, also brings enhancements to the F-15 Saudi weapon system as well as product support.

Work is expected to be completed by Movember 2025 and will be performed in St. Louis (MO) and as separately specified in individual task and delivery orders. Scramble Magazine is not able to assess if the Saudi Eagles will return to the Continental US (CONUS) in support of the functional implementation of the contract.