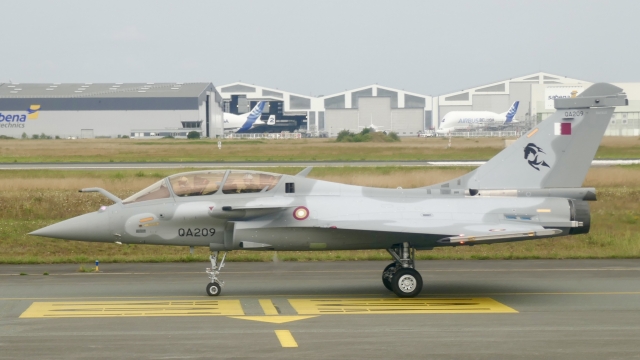 The three aircraft involved are all Rafale DQ two-seaters. The fighters were accompanied by a QEAF C-17A Globemaster III registered (A7-)MAO and a Qatar Airways Amiri Flight Airbus A340-211 registered A7-HHK. Both transporters arrived a few days before.

Although Scramble Magazine assesses that six Rafale EQs (QA231/QA236) are still to be delivered, none of these have emerged yet.