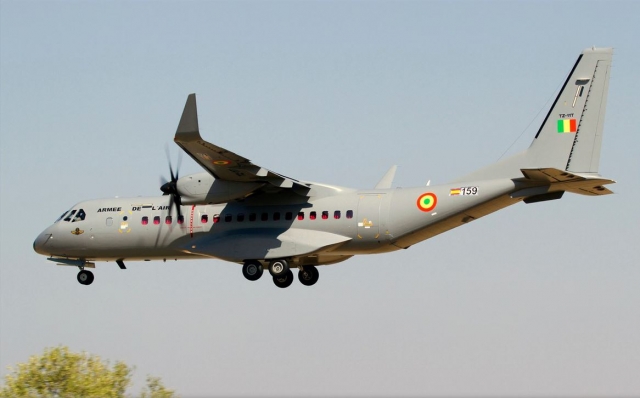 The Ministry of Defence of the Republic of Mali has placed a firm order for an additional Airbus C295W with supoort equipment, spare parts and training.

The Armée de l’Air du Mali  (AdlAM, Mali Air Force) has one C295 on strength since late 2016, and this second aircraft is planned for delivery in 2021. Airbus reports that the first AdlAM C295W had already accumulated 1,770 flight hours and transported some 38,000 passengers and 900 tonnes of cargo in less than four years of its operations over the rural and war-torn country.

This new order includes the aircraft in transport configuration and is made as part of an urgent need of the Malian authorities to extend the transport capacity of the county as well as providing a vital link in supporting military operations and humanitarian actions for the development of isolated areas in the northern regions of the country. The aircraft will be based at Bamako/Senou Base Aérienne 101 and assigned to the Escadrille de Transport (Transport Squadron) that already operated the mentioned first C295W (serial TZ-11T, construction number 159, and last reported to the Scramble database in March 2020) as well as one BT-67A and two Y-12Es.

Airbus reports that the C295 is becoming the 21st century standard tactical airlifter in Africa with 37 aircraft ordered in the region, from Algeria, Egypt and Ghana to Ivory Coast, Burkina Faso and Mali.

Photo (most probably by) Guillermo Granger