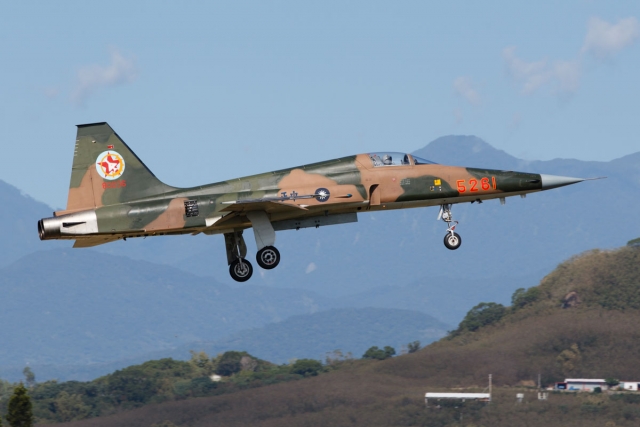 On 29 October 2020, a Republic of China Air Force (ROCAF, Taiwan Air Force) F-5E fighter aircraft crashed during a training mission off the coast of Taitung county in eastern Taiwan. Unfortunately the pilot was killed.

The Tiger II, operated by the 7th Flight Tactical Wing (7th FTW), took off from its homebase at Taitung/Jhihhang but crashed within 2 minutes into the sea one mile north of the base. The serial of the F-5E is reported as 5261 (construction number VE1013).

Taitung/Jhihhang airbase is the main operating base for the ROCAF F-5E and F-5F Tiger II.

Next to the 7th FTW, that controls three squadrons (44th FTS, 45th FTS and 46th FTS), the airbase also houses the Tactical Training & Development Center (TT&DC). This unit borrows the aircraft from the 7th FTW.