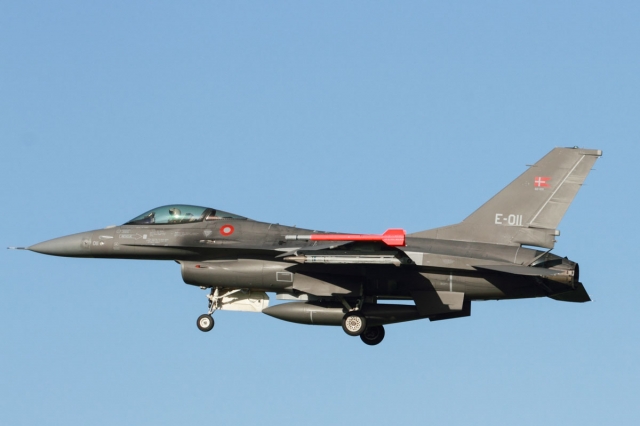 The main reason is the heightened security threat from Russia. The F-16s will now stay until 2027 and this extension will cost USD 156 million. The additional funds are expected to cover expenses for fuel, purchase of spare parts as well as retention and recruitment of personnel.

According to Morten Bodskov "the defence of NATO territory to the east is more central than at any other time in recent times. Therefore, we are extending the operational capacity of the F-16 while the new F-35 aircraft are being phased in.”

Denmark ordered 27 F-35A Lightning II fighter aircraft that will replace the F-16. The first aircraft is expected to arrive at Skrydstrup air base (Denmark) in October 2023 and will be operated by Esk 727. The unit will operate both the F-16 as the F-35A for a transitional period. Delivery of the F-35s is expected to be finished in 2026.

It has not been stated how many F-16s will still be operational during the three year period. At this moment, the Flyvevåbnet (RDAF, Royal Danish Air Force) operates 33 F-16AM and ten F-16BM at Skrydstrup.