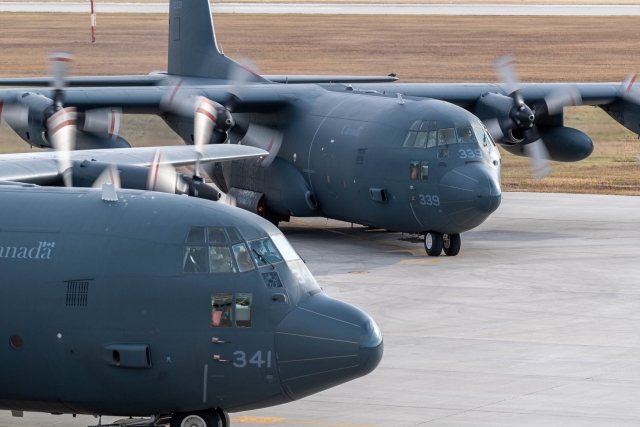 A ceremony and a flypast were held at CFB Winnipeg (Man.) to celebrate six decades of flying with the well-known transporter. Back in 1960, 435 squadron was the first Canadian unit to receive the C-130, when four C-130Bs were delivered.

Although the career of the B-model lasted for only six years, with the remaining three aircraft sold in 1967, the introduction set the mark for the next sixty years of flying the Herk with 435 squadron. The B-model was followed by the E-model, and with both early models retired, the RCAF still operates the CC-130H and CC-130J as the transporters became known under the Canadian military designation system in the late sixties. Such is the span that three generations of Canadian airmen have flown the Hercules and a total of 59 different airframes have been operated by the RCAF.

The Hercules is used in Canada in a variety of roles, mostly as cargo haulers, but 435 squadron is tasked with fighter support by providing an air-to-air refuelling capability to the CF-18 fighter community. Another important role in Canada is Search And Rescue (SAR), in which the older H-models are operated from Trenton (Ont.) and Greenwood (N.S.). Their tasks will be taken over by the recently acquired CC-295 Kingfisher Fixed Wing SAR aircraft. 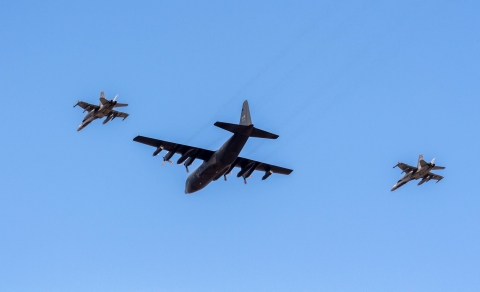 The anniversary was celebrated with a flypast, including a Hercules and two CF-18 fighters over Winnipeg. 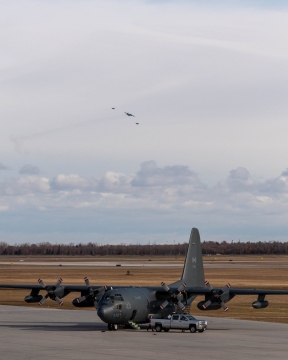 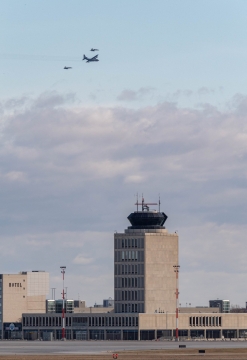