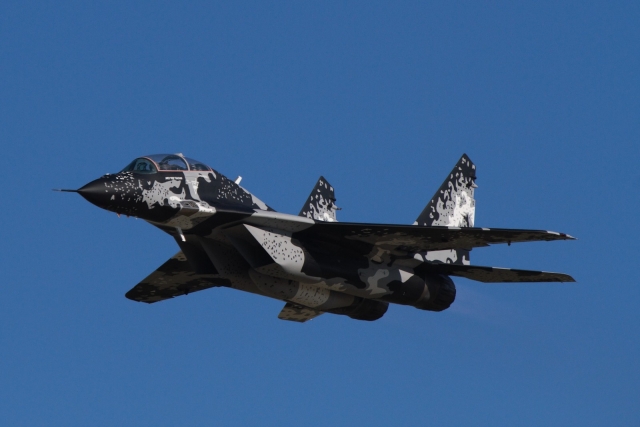 Did you know that the National Aeronautics and Space Administration (NASA) is no longer the only American civil organization that aims at exploring space? On 14 February 2022 Jared Isaacman, founder and CEO of Shift4 (and once founder of ‘Red Air’ company Draken International), announced his so-called Polaris Program. The program plans to undertake a series of pioneering SpaceX Dragon missions, demonstrating new technologies and planned to culminate in the first human spaceflight on SpaceX’s Starship.

The first mission, Polaris Dawn, is targeted for no earlier than the fourth quarter of this year. At that given moment SpaceX’s Falcon 9 rocket will launch the Polaris Dawn mission from Launch Complex 39A at Kennedy Space Center in Florida. Dragon and the Polaris Dawn crew will spend up to five days in orbit, flying higher than any Dragon mission to date and endeavoring to reach the highest Earth orbit ever flown.

The mission will be commanded by Jared ‘Rook’ Isaacman, and he will be accompanied by a crew of three. The pilot will be Scott ‘Kid’ Poteet, a retired U.S. Air Force Lieutenant Colonel who served twenty years in various roles to include Commander of the 64th Aggressor Squadron, USAF Thunderbird Demonstration Pilot, USAF Weapons School Graduate, Operational Test and Evaluation Pilot, and F-16 Flight Examiner. He has logged over 3,200 flying hours in the F-16, A-4, T-38, T-37, T-3 and Alpha Jet.

The crew is completed with Lead Space Operations Engineers Sarah Gillis, who is responsible for overseeing the company’s astronaut training program and Anna Menon. Menon is the medical officer of SpaceX and responsible for the development of crew operations and serves in mission control as both a Mission Director and crew communicator. 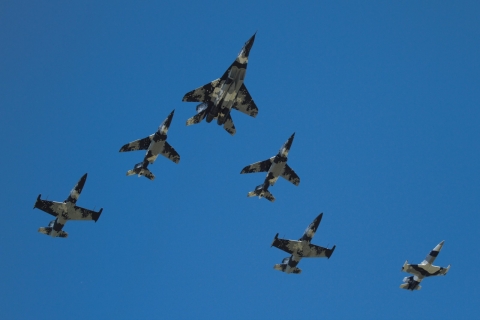 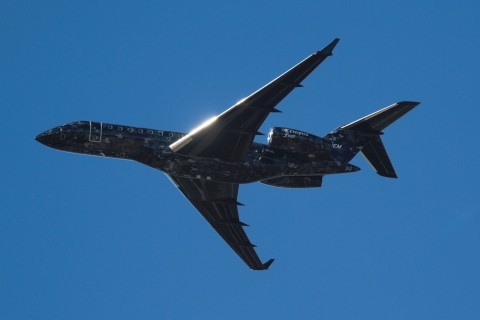 For the training of their future astronauts the Polaris Project uses a number of jet aircraft and seven of these were presented during the 2022 edition of the EAA Air Venture at the Oshkosh Wittman Regional airport. A tight formation of a MiG-29, two Alpha Jets and three L-39 trainers followed by a Global Express bizjet arrived on 30 July. Later that afternoon the MiG, two L-39s (N137EM and N138EM) and the two Alpha Jets participated in the airshow.

The aircraft are all registered to JDI Holdings LLC, based in Allentown (PA). Their identities are as follows:

Six aircraft of the Polaris Project are finished in a very modern digital style camouflage. (N135EM different colourscheme, that of the previous user, the Heavy Metal Jet Team) 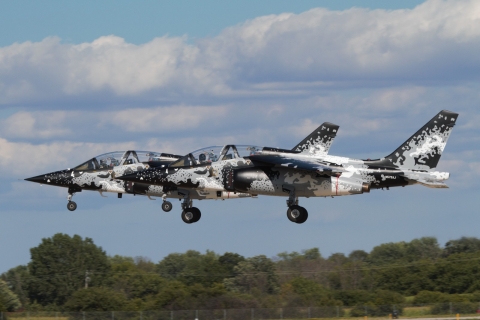 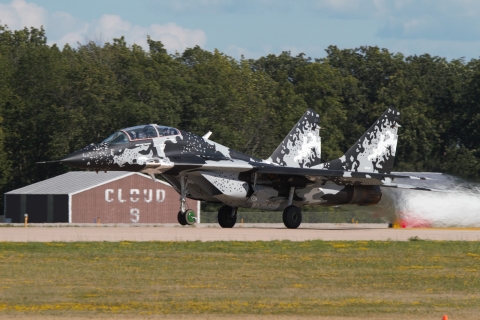