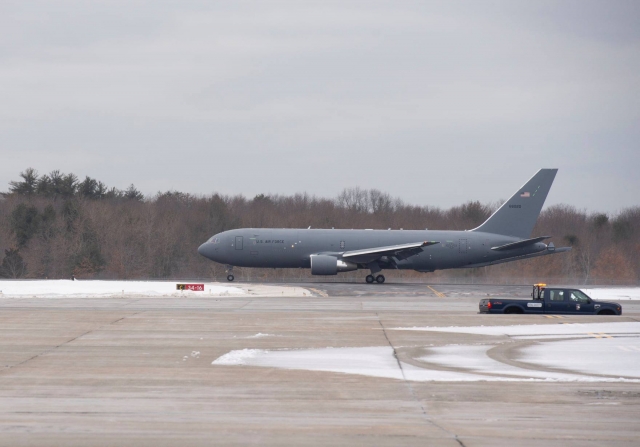 With KC-46A 16-46020 having arrived at a snow covered Pease, the 133rd ARS/157th ARW is the first USAF unit to have its full contingent of KC-46A tankers and will continue to lead the way for the future of air refueling.

At Pease, the dozen KC-46As were delivered within a year and a half. The delivery of the first Pegasus to New Hampshire ANG's 133rd ARS, named "Live Free or Die" was on 8 August 2019.

The squadron was first constituted during World War II, with bombardment and fighter roles - as the 383rd and 529th, respectively - until being inactivated in January 1946. It was then activated as the 133rd Fighter Squadron with the New Hampshire Air National Guard in May 1946. From 1960 until 1975, the 133rd went through several operational changes: air transport, military airlift, tactical airlift, and finally aerial refueling, which remains its current mission. 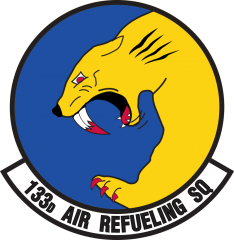 The following KC-46A Pegasus tanker aircraft are now on strength with the 133rd ARS/157th ARW at Portsmouth/Pease Intl Tradeport (NH);