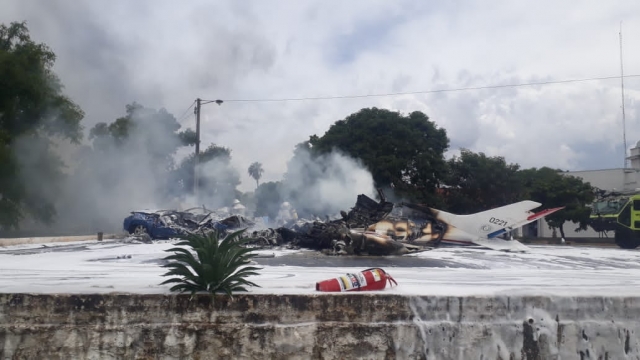 The aircraft was operated by the Grupo Aéreo de Transporte Especiales (Escuadrilla GATE, based at Silvio Pettirossi air base, Paraguay) had eight people on board, of which seven were killed on the scene and one was seriously injured.

The aircraft arrived from Fuerte Olimpo and the cause of the accident is unknown yet.

Photo by EFENoticias via ABC