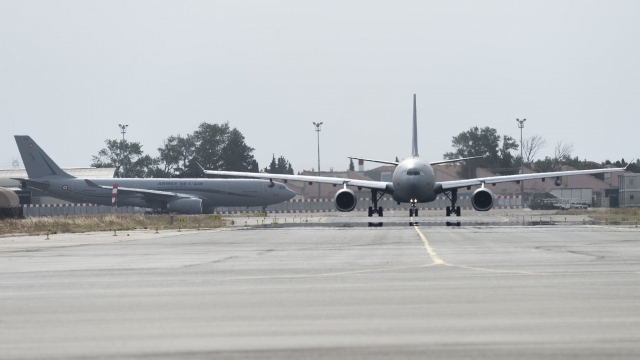 From 20 to 26 June 2021, the Armée de l'Air et de l'Espace (AAE, French Air and Space Force) will carry out a power projection mission, called HEIFARA, from the European continent to the Pacific, more than 17,000 km from France. After reaching Polynesia in less than 48 hours, the aircraft will carry out a raid on arrival, simulating entry into contested airspace. High-intensity operational preparation missions will follow.

After the first phase in French Polynesia, the AAE will visit Hawaii from 27 June 2021 to participate in an operational activity which is part of a bilateral cooperation with the US in the Pacific. The interoperability between the Dassault Rafale and the Lockheed Martin F-22A Raptor will be at the heart of these manoeuvres called WAKEA. 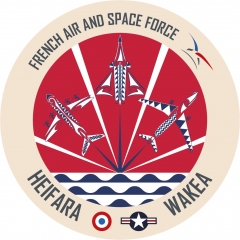 On their returnflight to France, scheduled for 9 July 2021, the AAE is invited to Langley AFB (VA) to commemorate 240 years of the Battle of Yorktown, the symbol of the victory of the Americans and the French against the British troops.

The detachment, manned by 170 airmen, is composed of three Dassault Rafale F3-R, two Airbus A330MRTT Phénix tanker/transporter, one C-135FR tanker/transporter and two Airbus A400M Atlas. The A400Ms will also take part in the raid. On 20 June 2021, all aircraft departed from their respective bases. It is not known yet which unit provided the Rafales. The total amount of freight and technical equipment is around 30 tons. A third Airbus A330 will join the assets in Hawaii. 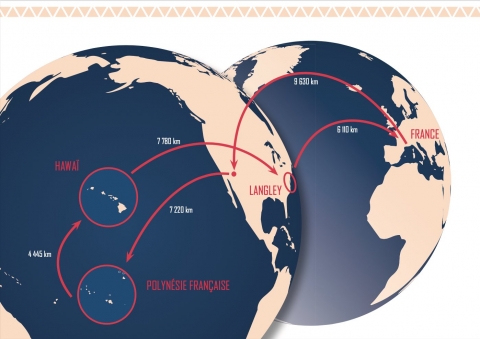 The operation will be under the command of the new Centre Air de Planification et de Conduite des Opérations (CAPCO, Air Center for Planning and Conduct of Operations), based at Lyon-Mont Verdun. CAPCO is capable of commanding and carrying out complex missions regardless of the area of the world concerned. The nickname of the operation is HEIFARA, meaning Crown of Pandanus in Tahitian. The Pandanus is a tropical plant widespread in the islands of Polynesia. In the Hawaiian religion, WAKEA (Wākea), the Sky father weds Papahānaumoku, the earth mother. The two are considered the parent couple of the ruling chiefs of Hawaii.

With this mission and the previous two missions (Skyros 2021 and Pégase 2018), France demonstrates its ability to act at very short notice and in total autonomy. In addition, General Lavigne, the AAE Chief of Staff, recently mentioned that he plans to send, in less than 48 hours, twenty Rafales and A330 MRTTs in the Indo-Pacific region in 2023.

PYF Spotters had a livestream of the arrival of the aircraft at Tahiti/Faaa (French Polynesia) on 21 June 2021. On their facebookpage they published a video. The following aircraft were identified: