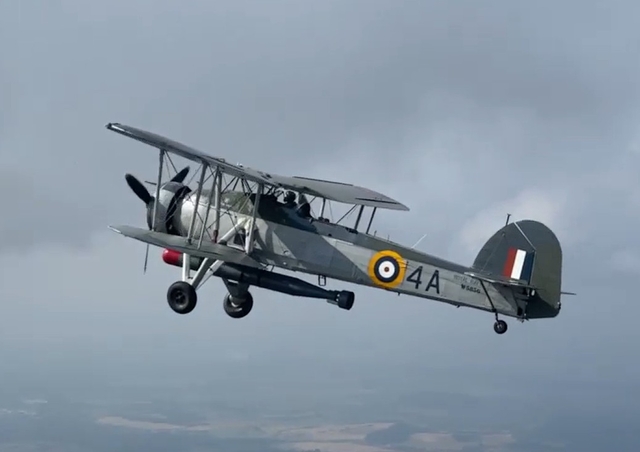 Thanks to the care of the people of Navy Wings, the oldest Fairey Swordfish in the world, Mk.I W5856 (c/n B.3593), is back in the air again. It made its first post restoration flight already on 17 August, but needed a sequence of test flights.

On 17 November 2022 the ‘Stringbag’, as it is affectionately called, received its official Permit to Fly (as G-BMGC). The next day, the 1941 built biplane flew to Royal Naval Air Station Culdrose to attend the Wings Parade for new Merlin helicopter aircrew at 824 Naval Air Squadron.

The Navy Wings owns two other Swordfishes of which Mk.II LS326 (G-AJVH, c/n unknown) is under restoration. The structure of the plane is thoroughly checked by means of X-ray, while the fabric covering of fuselage and wings is undergoing a status check with a non-invasive method. LS326 is also awaiting its rebuilt engine.

The third Swordfish is a Mk.III, NF389 (c/n unknown) is in long-term storage. The three aircraft were once owned by the Royal Navy Historic Flight, but after its abandonment they are now in the hands of the Navy Wings charity foundation.

Since 2019, another British organization, the White Waltham Airfield Ltd of Maidenhead, also owns a Swordfish, HS554, a Mk.IV registered as G-RNMZ (c/n F/BS35270A). Before coming to the UK, HS554 flew in Canada as C-GEVS as part of Vintage Wings of Canada collection based at Gatineau (QUE).