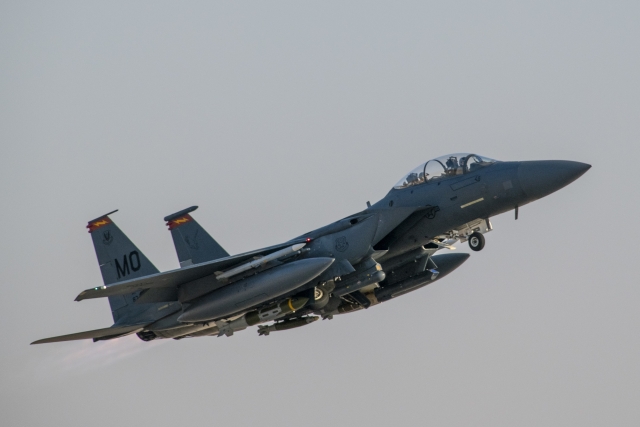 On 25 February 2021, two US Air Force F-15E Strike Eagles were used in strikes against Iranian-backed militias in the eastern part of Syria. Although it was not said in so many words, the Strike Eagles that engaged the targets were most probably originating from the Jordan Muwaffaq Salti/Al Azraq based 391st Expeditionary Fighter Squadron also known as the "Bold Tigers".

Following a rocket barrage by Iranian-backed militias in and around Iraq's Erbil International Airport on 13 February 2021, the Pentagon stated that at least two F-15Es were involved and that they dropped seven precision-guided bombs on a remote compound in eastern Syria that was used by those militias. The strikes destroyed nine buildings in that compound.

Resorting now under the 332nd Air Expeditionary Wing, Mountain Home's 391st FS has been deployed to Jordan since the beginning of October 2020.