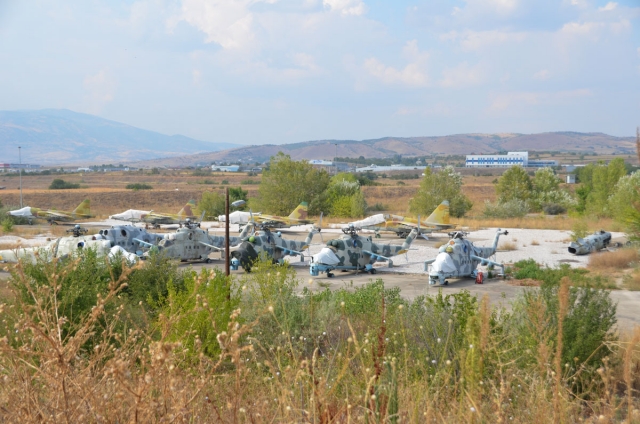 For some weeks unconfirmed reports about the delivery of the four North Macedonian Air Force Su-25 Frogfoots to Ukraine have been around.

At that time not much attention was paid to these rumours, because several other 'deliveries' of fighter aircraft from eastern-Europe countries in the end never materialised, but now our friends at The Drive state they have satellite images of Petrovec airbase that show the four Frogfoots have disappeared from the ramp in the open where they were stored for several years.

Also Macedonian newspaper MKD reported in June this year that engineers from Ukraine were inspecting the Su-25s. So at least the Su-25s were moved, and likely to Ukraine. Scramble Magazine is curious if Ukraine have or will return all four to flying condition, or just use these for spare parts for their own fleet of active and stored Su-25s.

The three single-seat Su-25 and sole two-seater Su-25UB were obtained from Belorussian stocks and arrived from Ukraine on 20 June 2001 to help fighting the Albanian insurgents. Around 2004 all four were were set aside and placed in long-term storage out in the open at Petrovec airbase. The Frogfoots were the only fighter aircraft ever flown by the North Macedonian AF, which now only operates a helicopter force with a small number of Zlin training aircraft.