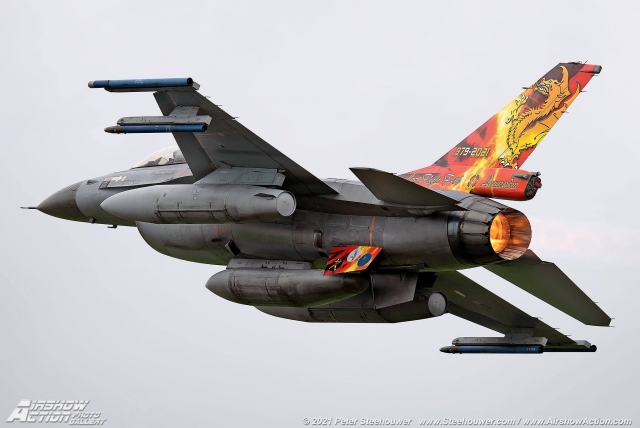 On 5 July 2021, four Koninklijke Luchtmacht (KLu, Royal Netherlands Air Force) F-16AM Fighting Falcons left Leeuwarden air base, after 42 years of continuous operations. The fighters were flown to Volkel air base, where they will operate until 2024.

Our friend Peter Steehouwer was at Leeuwarden to witness the final departure.

The first KLu F-16s arrived at Leeuwarden in 1979. They were assembled at the Fokker Aircraft factory at Amsterdam-Schiphol Airport. The Fighting Falcon was the successor to the F-104G/TF-104G Starfighter, and later also the successor to the NF-5A/B Freedom Fighter. The final F-16, out of a total of 213 aircraft, was accepted by the KLu in February 1992.

The operational life of the F-16 was originally twenty years. Starting in 1998, the aircraft underwent a midlife update (MLU). The modernisation extended the operational, technical and economic lifespan by about another twenty years. The update included the replacement of a large number of systems. 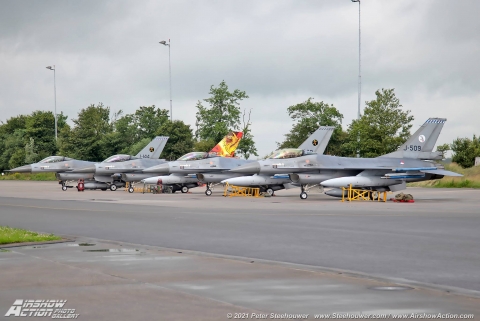 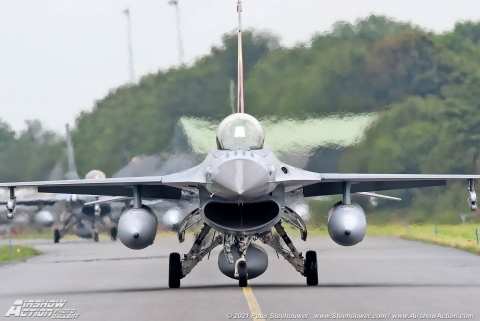 The F-16s will continue to operate from Volkel air base and will be withdrawn from use in the period 2022 until 2024. On 29 June 2021, the Dutch Ministry of Defence (MoD) announced the sale of twelve KLu F-16s to Draken International LLc, with an option of 28 more. See the Scramble Magazine news item of 30 June 2021.