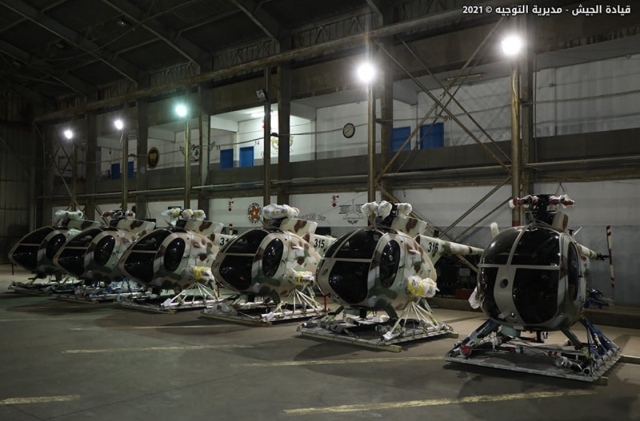 On 6 October 2021, National Air Cargo Boeing B747-412(BCF) N702CA arrived at Beirut International Airport (Lebanon) with a special load for the Lebanon Air Force (Al Quwwat al-Jawwiya al-Lubnania). Six pallets, all with an MD Helicopters MD 530F+ each, where offloaded. The six pallets disappeared in a hangar for reassembly over the next few days.

Scramble assesses that the following six MDs arrived at Beirut:

The three digit black code on the camouflaged fuselages are derived from the construction number. An appropriate local “L-xxx” serial is likely to appear eventually. The helicopters will be either initially retained at Beirut or relocate to another base, possibly Hamat or Rayak Air Base. If they do they will replace the old Gazelle SA342Ls at Rayak, so 8 squadron might be their future unit.

The helicopters were delivered after a year-long delay. In March 2021, however, the first of three classes Lebanese Air Force pilots successfully completed their training at the MD Helicopters Flight Academy, with maintainers and armament personnel, in Mesa (AZ). 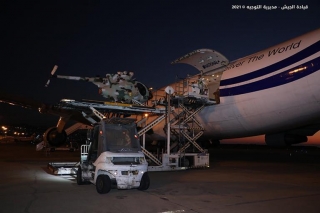 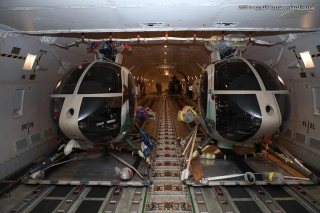 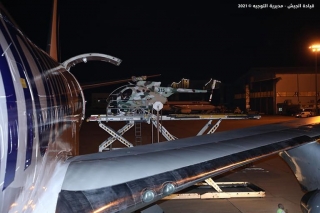