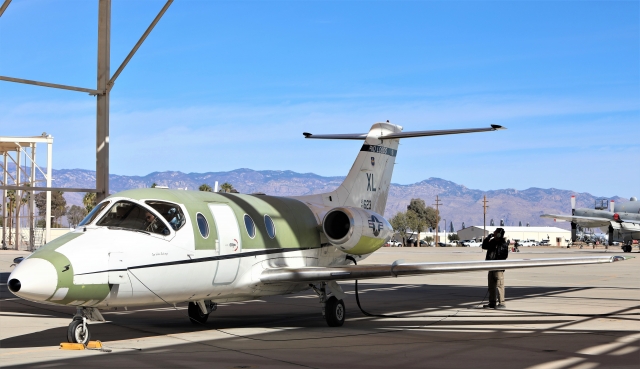 The squadron took on the repairs for ten of the aircraft after 39 of them sustained severe hail damage when a storm swept through Laughlin AFB in February 2016. Of the three aircraft fleets at Laughlin's 47th Flying Training Wing, the T-1A Jayhawks were hit hardest. The February storm, which blew 60 mph winds and brought golf ball-sized hail, damaged some 60 aircraft on the installation. Eighty-two percent, 39 aircraft, of Laughlin's Jayhawk fleet was unsheltered and badly damaged. Fortunately, 22 T-38C Talons only sustained manageable damage, and the T-6A Texan II fleet came out nearly unscratched.

According to Shawn Clay, the product support manager at the Air Force Life Cycle Management Center T-1 System Programme Office, the number of damaged Jayhawks was too large for only one commercial repair facility. Air Force Materiel Command suggested shifting some of the hail damage repair workload to the 309th AMARG. 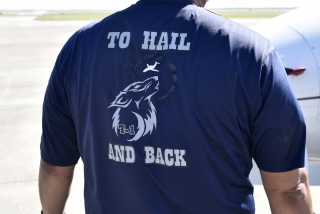 Over the years, the 309th AMARG took on repair for 10 of the T-1A aircraft. The Jayhawk trainers are now back in the air thanks to a unique repair and maintenance mission performed by the 309th AMARG. An audit in 2017 by the Air Force Sustainment Center (AFSC) Flight Standards Management Office (FSMO) resulted in the group’s qualification for the military repair station programme and associated Federal Aviation Administration (FAA) regulatory requirements, certifying the 309th AMARG as AFSC’s first-ever FAA equivalent military repair station, which provided an avenue to create revenue and perform commercial-type work.

Derived from the Hawker/Beechcraft 400A corporate aircraft, the T-1A is essentially a civil aircraft modified to fit military training needs. As such, repair facilities approved to work on the aircraft require FAA certifications beyond the usual.

The following XL coded T-1A Jayhawks, receiving repairs, have been noted with the 309th AMARG over the past few years: 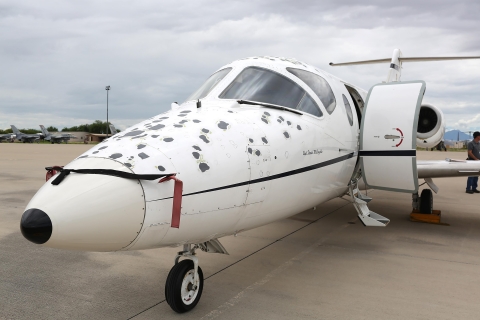