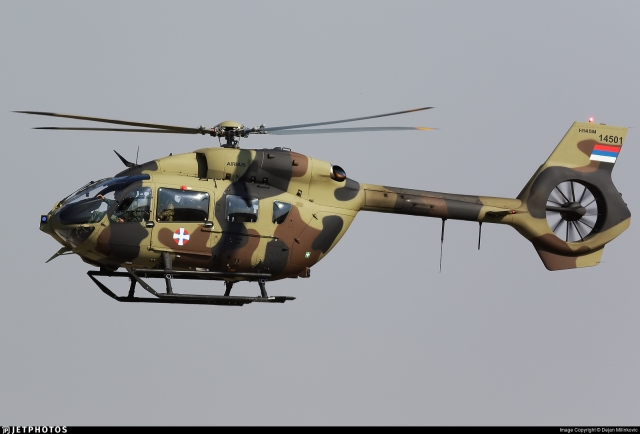 On 12 December 2021, the President of the Republic of Serbia, Aleksandar Vučić, officially announced that Serbia will purchase 29 helicopters over a period of two years for use by the Serbian Armed Forces.

In August 2021, Scramble Magazine reported on the possible sale of the Cyprus National Guard Mi-35s to Serbia. A Serbian team of technicians visited Cyprus in April 2021 to inspect the helicopters. As a result, the Serbian government sent a letter confirming its interest in purchasing all helicopters.

The purchase of the Airbus H145M was already announced at the Partner International Defence Exhibition at Belgrade in October this year. Serbia already operates nine H145Ms, five with the 119.mhe (Mixed Helicopter Squadron) at Niš/Konstantin Veliki and four with the MUP (Policija Air Support Unit) at Beograd/Nikola Tesla. Delivery of these helicopters started in October 2018 and were finished in April 2021.