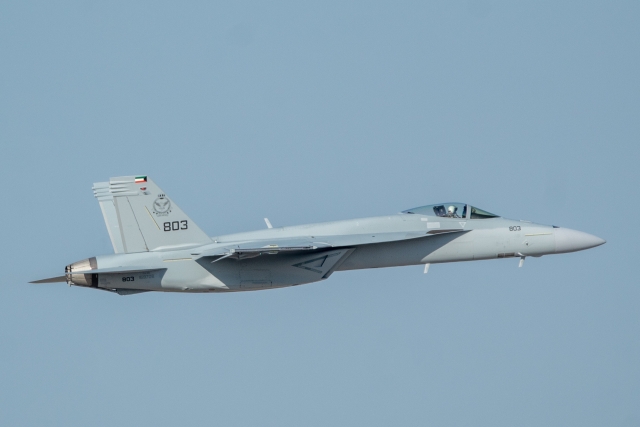 The only reservation with the above are the two-seater serials, as they have not been noted yet. As we reported before however, F/A-18F BuNo 169731, was noted during a test flight in St. Louis (MO) on 2 July 2020. Back then it was in primer (no two-one grey coat) and without a serial. Reportedly it was the fifth Kuwaiti Super Hornet, but unclear if it was the fifth built, or fifth flown or fifth noted. Anyway, it seems is the fourth F/A-18F.

To recap, back on 17 November 2016 the Defense Security Cooperation Agency (DSCA) submitted the approval to supply Kuwait F/A-18E/F Super Hornet with equipment, training facilities and support. However, the eventual sale of F/A-18 Super Hornets to Kuwait was held up by a delay in the US State Department's approval. By then, Kuwait had already ordered 28 Typhoons (in April 2016), with a mix of 22 single-seat and six two-seat aircraft. This led to some confusion as to whether Super Hornets or Typhoons would replace Kuwait’s remaining fleet of 34 legacy F/A-18C/D Hornets.

The Kuwaiti order was originally expected to be for a total of 40 Super Hornets, including an initial batch of 28 aircraft, and with an option on 12 more aircraft. Eventually Kuwait ordered 28 examples of the Typhoon and 28 Block III Super Hornets; the latter with the same single-/two-seat mix as the Typhoons. This way, the country is expanding its fighter force and re-establishing a two-type frontline force.