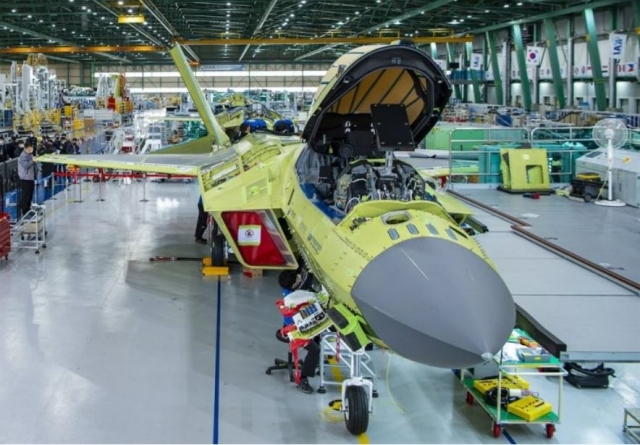 The first prototype of the Korean Fighter eXperimental (KF-X), developed by the South Korean Korean Aerospace Industries (KAI) is set to roll out late April 2021.

The first indigenously developed next-generation fighter jet (construction number 001) is the first of six prototypes which is in the final stages of assembly at the KAI faciliteit in Sacheon (South Korea). After a series of ground tests, the first flight is expected to take place in 2022.

South Korean offials expressed expectations that the KF-X would not only help accelerate domestic production of fighter jets and parts but also bring about a considerable economic effect, creating jobs for about 110,000 people during the full development period planned through 2028.

KAI is expecting that the KF-X is able to compete in the global market with four and fifth-generation fighter jets such as the Lockheed Martin F-35A, BAE Typhoon, Dassault Rafale and Saab Gripen. Looking at the expected fly-off price and the technology offer, the KF-X, it will possibly be a serious competitor.

KAI reports that the KF-X is designed as a 4.5-gen jet whose basic hardware and platform could be used for further development and conversion into a 5th-gen one with improved "stealth" technologies. The company is awaiting specific details of the military so it is able to further develop Block I (developing the basic system of the fighter jet from 2016 to 2026) and Block II (adding weapons systems and military requirements from 2026 to 2028).

The core equipment of the KF-X has been developed with the help of domestic technologies, including Active Electronically Scanned Array (AESA) radar, Infrared Search and Track (IRST) systems, Electro-Optical Target Tracking (EO TGP) devices and the Electronic Warfare (EW) suite. The target ratio of localization is 65 percent, in terms of the total costs of the parts used for the jet. 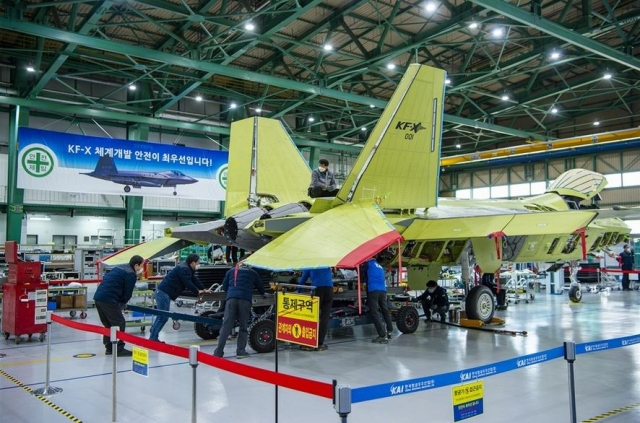