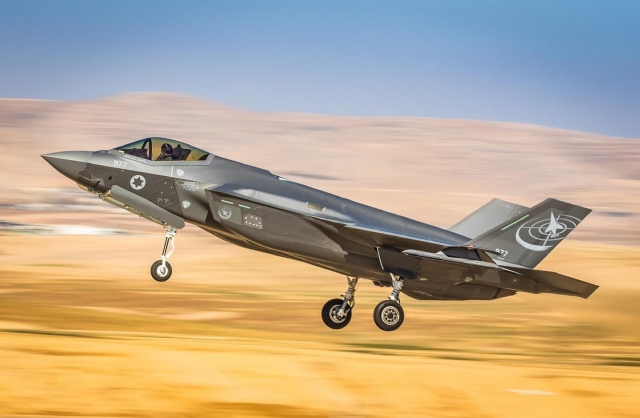 Following Scramble News of 4 October 2020, in which we reported about the last F-16C Barak flight of 117sq “The First Jet Squadron” of the Heyl Ha'Avir (IAF, Israel Air Force), we now can present a (photoshopped) picture of the successor aircraft within the renamed squadron.

In May 2020, the commander of the IAF decided that 117sq should become the third F-35I Adir squadron within the IAF.  The squadron was established in June 1953 as a Gloster Meteor squadron, which were the IAFs first jets, hence the name of the squadron. In 1962, the squadron received the Mirage III. During the 1967 Six-Day War, the squadron logged an air-to-air kill over a Lebanese Hawker Hunter. In 1980, the 117th squadron and the 110th squadron became the first IAF squadron to integrate the F-16A/B "Netz" and eventually flew the F-16C Barak.

According to the IAF commander's decision the squadron is now re-established at Nevatim air base (Israel) as an F-35I Adir unit and renamed into "the Mighty Squadron".

The IAF released this great picture, made by the talented Amit Agronov, the imaging work (photoshop) for the 117 symbols by Raanan Weiss.

Photo by Amit Agronov via IDF