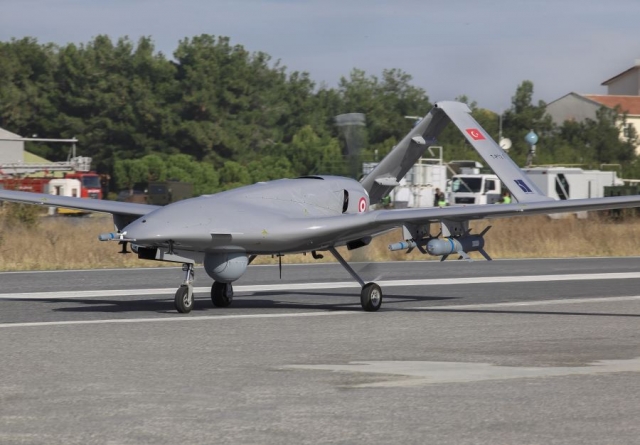 When Jumah Inad Sadun al-Jaburi, Minister of Defence for Iraq, attended the International Defence Industry Fair 2021 (IDEF '21) in Istanbul (Turkey) last August, he met with Turkey's National Defence Minister Hulusi Akar. At the meeting they discussed bilateral and regional defence and security and agreed to pursue closer ties in the defence industry. This resulted in a Defence Industry Cooperation Agreement between Turkey and Iraq, signed by Prof. Dr. Ismail Demir Undersecretary for Defence Industries (Savunma Sanayii Başkanlığı, SSB), and Mohamed Saheb Al-Daraji, chairman of the Military Industrialization Board of the Republic of Iraq.

Later that month, the Iraqi Defense Minister, who was a guest on a programme of the Iraqi privately owned satellite channel Al Sharqiya, announced that an agreement was reached for the purchase of the Bayraktar TB2S UCAS plus twelve Turkish Aerospace Industries (TAI) T129B ATAK helicopters and six ASELSAN KORAL land-based radar electronic warfare systems. The T129B sale needs to be approved by the US Congress because it contains technology that is under strict export regulations. The sale of 30 T129Bs to Pakistan is still blocked by the US while the sale of six T129Bs to the Philippines has been approved and are due for delivery. For this moment, only the contract for the Bayraktar has been formally signed.

The operator of this new hardware will most likely be the Iraqi Army Aviation Command (IAAC). IAAC's 100th Recce/Attack Squadron already operates Chinese-built Cai Hong Rainbow CH-4B UCAS out of Al Kut air base, but of the twenty aircraft delivered almost half crashed and the remaining aircraft are stored due to the lack of spares. Needless to say that Iraq desperately needs a more reliable platform.